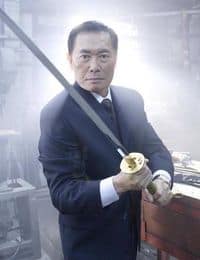 George Takei pens op-ed on why he's boycotting Indiana over the state's new "religious freedom" law. "Taken too far, such laws carry with them the corrosive effect of intolerance, and they harken back to the days where people like Brad and I could not marry, not because of our gender, but because of our race. I was born in a time where such laws against the mixing of races were viewed as the natural extension of God’s will, and I know how powerfully oppressive and insidious they can be. Some fifty years ago, it was not so uncommon for interracial couples to be shunned and turned out. We live in a pluralistic and civil society, where our social contract demands we sometimes relinquish individual liberties in the name of a more just and open society. This means that while we are all entitled to our religious beliefs, the extent and impact of those beliefs, and what we may impose because of them, stops at the tips of our noses. This also means we must learn to respect and, yes, even love our neighbors, despite our differences."

Via MyFoxDC.com: "Authorities say one person is dead and two people have been hospitalized following a shooting near a gate to the National Security Agency in Fort Meade. FOX 5 has learned that around 9 a.m. Monday, a vehicle tried to bypass a secured entrance to the NSA complex. Shots were fired and one person inside of the vehicle was killed at the scene. FOX News has reported that there were two occupants of the vehicle and that both were men dressed as women. Aerial video shows a woman's wig on the ground outside of a black SUV at the scene."

Catching up with Nicky Siano, the music pioneer who helped spawn the 1970s disco scene with his club the Gallery and a stint at spinning at Studio 54.

16-year-old actor Gavin MacIntosh blasts YouTube for placing an age restriction on a video showing his kiss with another boy on The Fosters.

The Daily Beast looks at gay refugees fleeing from ISIS.

NBA and WNBA issue inclusive statement in the wake of Indiana's new law. "The game of basketball is grounded in long established principles of inclusion and mutual respect. We will continue to ensure that all fans, players and employees feel welcome at all NBA and WNBA events in Indiana and elsewhere."

Via NPR: A father's journey to accepting his gay daughter.

BarbWire pundit says Presbyterian Church "surrendered to Satan" by backing marriage equality. "The Presbyterian Church U.S.A. (PCUSA) is now dead. After a long, tedious struggle to remain faithful to the scriptures and great Christian reformers like John Knox, the leadership of the PCUSA denomination (the liberal branch of Presbyterian churches) has thrown in the towel and surrendered to the loud and obnoxious voices of militant lesbians and “gays”. A PCUSA church near you will soon be conducting same-sex “marriages.” The moral high ground in this conflict has been surrendered to Satan."

Former Maryland Gov. Martin O'Malley says the presidency "is not some crown to be passed between two families."

VICE looks at how life can be hard for LGBT little people. "When you're a little person, you feel like you're alone in a world that wasn't made for you," said gay dwarf drag performer Damian Fatale. "When you add homosexuality on top of that, that feeling of being different from everybody else becomes even stronger. I feel like homosexuality simply isn't relevant to the rest of the little people community, and that they don't comprehend the idea of a gay little person or understand what it means to be a part of the LGBTQ community."

Andrew Sullivan says he "couldn't imagine blogging the next election." 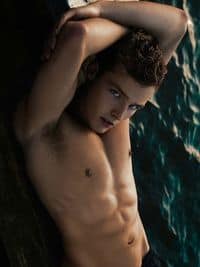 CNN's LZ Granderson on why Indiana's "religious freedom" law is a preview for 2016. "Once again, our democracy is vexed by a woefully inadequate two-party system. Socially liberal, fiscally conservative independent voters may want to consider the full depth of a candidate's policies before making a decision, but ultimately it may come down to a single-question: to discriminate against LGBT people or not."

Obama will travel to Kenya in July.

Via The Onion: "Indiana Governor Insists New Law Has Nothing To Do With Thing It Explicitly Intended To Do"