Republican Rep. Aaron Schock of Illinois has resigned from the U.S. House of Representatives following a series of scandals that raised serious questions about Schock's alleged mis-use use of campaign and government funds. 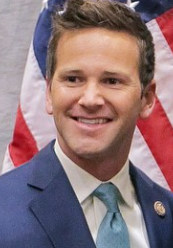 “Today, I am announcing my resignation as a Member of the United States House of Representatives effective March 31,” Schock said in a statement. “I do this with a heavy heart. Serving the people of the 18th District is the highest and greatest honor I have had in my life. I thank them for their faith in electing me and letting me represent their interests in Washington. I have given them my all over the last six years. I have traveled to all corners of the District to meet with the people I’ve been fortunate to be able to call my friends and neighbors.”

“But the constant questions over the last six weeks have proven a great distraction that has made it too difficult for me to serve the people of the 18th District with the high standards that they deserve and which I have set for myself. I have always sought to do what’s best for my constituents and I thank them for the opportunity to serve,” he said in a statement.

Schock made the decision to resign after investigators from the Office of Congressional Ethics began contacting Schock's associates in closed-door sessions.

Schock has come under fire for a host of questionable activities including accepting free interior design services to model his congressional offices after interiors from PBS' Downton Abbey (accepting services as a gift is a violation of House rules), not disclosing a male companion on an official trip to India, and mishandling of taxpayer and campaign contributor funds. Politico reports: 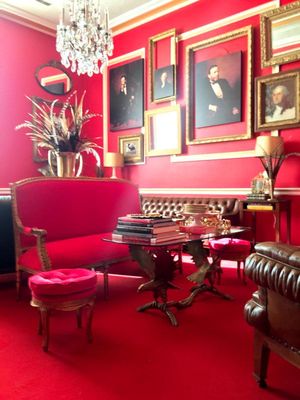 During the past month, Schock repaid the government $40,000 after spending money from his official office budget to redecorate his office in the theme of PBS’s “Downton Abbey,” an English historical drama. He also reimbursed taxpayers more than $1,200 after using his office account to pay to fly on a private plane to a Chicago Bears football game.

Separately, on a campaign finance document, Schock labeled the cost of a November flight on a private plane as a software purchase. He has failed to report trips abroad, as required. And he held a fundraiser at a golf course without reporting paying for its use.

In an interview with POLITICO last week in Peoria, Schock could not say with certainty that he had not broken the law.

“I certainly hope not,” Schock said.

Meanwhile, Twitter has been awash with reactions to news of the Congressman's announcement.

Has anyone had a more meteoric rise and fall than Aaron Schock? Filled with promise and hubris, the one succumbed to the other today.

Deception is deception: If media investigated @aaronschock hypocrisy of voting anti-gay,and exposed earlier, might have avoided the rest

Who would think #DowntonAbbey would bring down a corrupt politician? #aaronschock