Rep. Aaron Schock (R-IL) has come under scrutiny again for bringing Jonathon Link, a photographer and videographer, on an official trip to India paid for by The Global Poverty Project, a private advocacy organization, the National Journal reports. 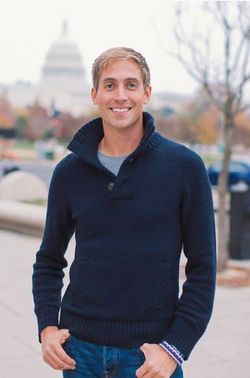 Under House rules, according to the NJ, a member of Congress can "accept private money for a companion's travel expenses only if the companion is a staffer, spouse or child. Link was none of those; he didn't appear on Schock's official or campaign payroll until September 2014."

The organization offered to pay for the costs of one staffer to accompany Schock as long as the staffer flew economy class, according to the spokesman. Another aide was originally going to come, but the organization noted they were looking for a photographer, and Schock suggested Link, with whom he has worked in the past, the spokesman said. The photos Link took were made available to both Schock and the Global Poverty Project.

Schock never disclosed that Link went on the trip, which is required by law.

The Blue Nation Review reported on Link and the India trip last week.

It also reported on unusual fees paid late in 2014, some of which went to Schock's 'personal photographer':

After voting to freeze salaries for federal workers all the way through 2015 and opposing any minimum wage increases, Congressman Aaron Schock quietly gave huge pay raises and/or bonuses to most of the staff members in his taxpayer-funded office during the last three months of 2014, according to Congressional expenditure reports examined by Blue Nation Review….

Schock on Wednesday shook off a CNN reporter asking him to explain his "lavish lifestyle." 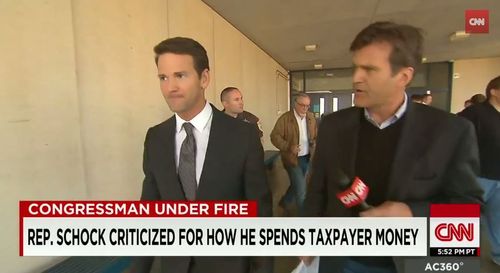