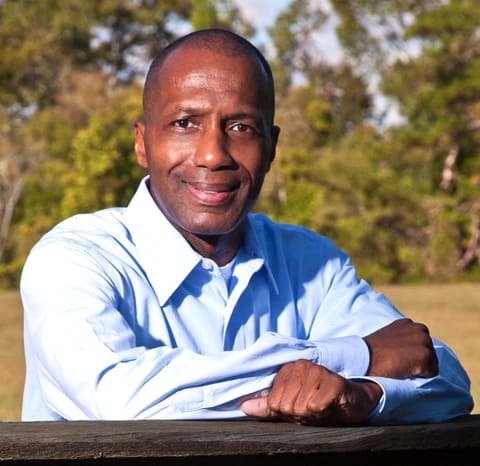 Texas' unconstitutional sodomy law shouldn't be removed from the books because it upholds a "moral standard" and "can even cover bestiality," according to one state lawmaker.

GOP Rep. James White (above) is the author of a bill that would remove Texas' unconstitutional hair-braiding regulations from the books. In light of White's hair-braiding repeal bill, Lauren McGaughy of San Antonio's Express-News posed a fair question: Why not also remove another unconstitutional law, the sodomy ban, which was struck down by the U.S. Supreme Court in 2003?

White's response was rather troubling:

“Absolutely, there is a difference,” said Rep. James White, R-Hillister, who has filed a bill to do away with the braiding statute but wants to keep a similarly illegal law that criminalizes homosexual sex.

The braiding regulation, he said, “was a way of disenfranchising them out of the marketplace. I don’t necessarily think this was the case with sodomy.” …

White explained the discrepancy this way: Opposing homosexuality is akin to “a community coming together and having a moral standard, per se, as opposed to using the regulatory environment to disenfranchise people.”

“Obviously, sodomy covers a lot of instances. It can even cover bestiality and there are a lot of public health standards and even decency standards,” he added.

In addition to being offensive, White's statements are false. The sodomy law doesn't include bestiality. Section 21.06 of the Texas Penal Code merely states that, "A person commits an offense if he engages in deviate sexual intercourse with another individual of the same sex." The code defines "deviate sexual intercourse" as "any contact between any part of the genitals of one person and the mouth or anus of another person" or "the penetration of the genitals or the anus of another person with an object."

In fact, bestiality (or "zoophilia") isn't even outlawed in Texas. (For an interesting but outdated comparison between bestiality laws and same-sex marriage bans, go here.)

Bills have been filed to remove Texas' sodomy law from the books in every legislative session since the high court's ruling in Lawrence v. Texas, but they've never even made it to the floor of either the House or Senate. This year's effort likely won't be any different in a Republican-dominated Legislature where as many as 19 anti-LGBT bills have been filed. Texas is one of 13 states with sodomy bans still on the books, according to the Human Rights Campaign.

“By leaving this provision in the law it’s insulting to Texans in the (lesbian, bisexual, gay and transgender) community,” said Rep. Garnet Coleman, D-Houston, who has filed legislation to do away with the statute. “It’s inconsistent, bordering on hypocritical to say one should remove something that’s been struck down … and not remove other statutes and language that has been struck down.”