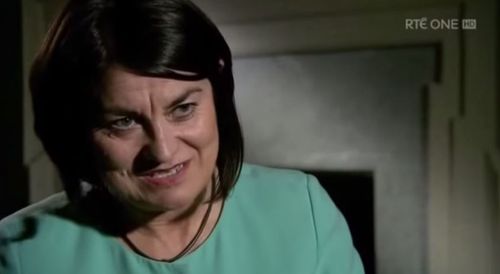 Car crash Irish senator Fidelma Healy Eames has suggested that Mother’s Day will be banned if the May referendum on same-sex marriage is passed, reports Pink News.

Happy Mothers' day all! Hope we can continue to celebrate it after #SSM passed. In some US states Mothers & Father's Day banned #pcgonemad

In a tweet posted March 15th, Healy Eames wrote “Hope we can continue to celebrate [Mother’s Day] after #SSM passed. In some US states Mother’s & Father’s Day banned #pcgonemad”.

@senhealyeames Yes, which states? We're all waiting to hear your facts.

Healy Eames is likely referring to a New York Reform Jewish school opting to not celebrate Mother's Day in favor of Jewish traditions back in 2001.  She also appeared to be unaware of the actual location of Nova Scotia, where Astral Drive Elementary school opted to celebrate "Family Day" in 2013.

Recent polls suggest that marriage equality is supported by 76% of the electorate.

Although the referendum is supported by the Irish government, students unions, the Catholic church recently launched a manifesto explaining its anti-gay stance. Last week, Kevin Doran the Bishop of Elphin claimed that gay couples with children are not really parents.

Watch a video on the history of Mother’s Day, AFTER THE JUMP…