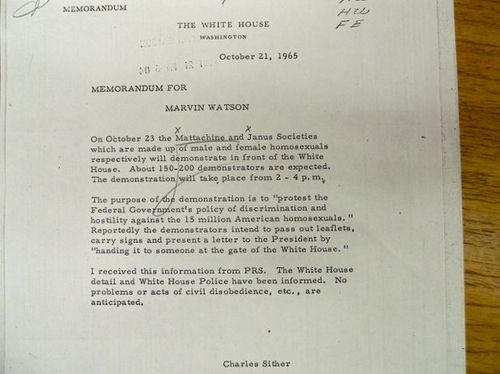 In April, the U.S. Supreme Court will hear arguments on the constitutionality of state laws that ban same-sex couples from getting married. The historic case has attracted a widearray of amicus briefs; People For the American Way Foundation joined religious and civil rights groups on a brief urging the Court to reject discriminatory marriage bans and challenging “religious liberty” arguments opposing marriage equality.

One fascinating brief was filed by the Mattachine Society of Washington, D.C.  The original group by that name was led by Frank Kameny, an astronomer who was fired from his federal job for being gay and led some of the earliest gay-rights protests in the nation’s capital in the 1960s. The name and legacy have been revived by local activists Charles Francis and Pate Felts for the purpose of documenting decades of systematic anti-gay discrimination by the federal government. In partnership with pro bono attorneys from the firm of McDermott Will & Emery, the new Mattachine Society of Washington, D.C. is engaged in strategic “archive activism.” They are using the Freedom of Information Act to unearth a “culture of animus” that permeated the U.S. Civil Service Commission – now known as the Office of Personnel Management – and to bring to public light previously closed records about investigations challenging workers’ “loyalty” and “suitability.” 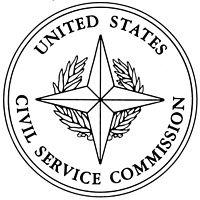 “The investigation and firing of gay and lesbian federal employees was like shooting fish in a barrel for the General Counsels and legal staff of the Civil Service Commission,” says Francis. “The animus, almost sports-like in their writings, is documented in decades of legal advisory files we discovered this year at the National Archives.”

Among the historical tidbits unearthed by the project: Nancy Reagan turning down a plea from a dying Rock Hudson for help getting into another hospital; and anti-gay activist Gary Bauer’s no-holds-barred, but ultimately unsuccessful, effort to keep the White House from including a gay person on the nation’s first AIDS commission.

The Mattachine Society’s project is about preserving the historical record, but it also has an important legal purpose, which is demonstrating that anti-equality laws and regulations have long been grounded in hostility, or animus, that is not a permissible justification for discrimination.  Chief Justice John Roberts’ dissent from the Supreme Court decision in Windsor, which overturned the Defense of Marriage Act, demonstrates the importance of this archival work. Roberts suggested there is insufficient evidence – he waved it away as “snippets of legislative history” – to demonstrate that DOMA’s purpose was to “codify malice.” Added Roberts, “I would not tar the political branches with the brush of bigotry.”

Continue reading, AFTER THE JUMP…

There’s no escaping the brush of bigotry, the reeking stench of bigotry, exposed by the Mattachine Society’s brief, which links to more than 35 historical documents that demonstrate the ways that the Civil Service Commission, often in partnership with J. Edgar Hoover’s FBI and other law enforcement agencies, investigated people suspected of sexual “perversion” and robbed them of their federal jobs and careers.

For decades, this animus was one of the basic assumptions of American life. It was so persistent, so prevalent, and so instrumental to the way that we structured our institutions, treated our fellow citizens, and organized our lives that, in retrospect, it is often overlooked….

For decades, both federal and state governments targeted and persecuted homosexuals, individuals suspected of being homosexual, and even those believed to have engaged in homosexual acts, regardless of actual sexual orientation. The stated rationale shifted over time—from concerns about national security to code words, such as “suitability”—but the point was always the same: government officials, federal and state, high and low, felt a complete revulsion toward homosexuals and wanted to purge the country of even the hint of homosexuality.

Animus, therefore, was a culture. And with that culture came a language. For decades,  government officials referred to homosexuality in official, often highly confidential or privileged communications, as “unnatural,” “uniquely nasty,” “immoral,” “deviant,” “pervert[ed],” and an “abomination.” Even the FBI had a term for the program that it designed to rid the government of homosexuals—the “Sex Deviate Program.” Once it attached, whether based in fact or mere speculation, the label of homosexuality remained forever fixed. As one senior executive official wrote, “once a homo, always a homo.” And, as one state legislature put it, what homosexuals wanted was “recognition.” And “recognition” was something to fear….

The effort to purge “sex deviates” began well before President Dwight Eisenhower’s 1953 Executive Order 10450, but that action explicitly made “sexual perversion” a disqualification from federal employment. Congress was in on the act as well. The Mattachine amicus quotes from a 1950 document from the US Senate Subcommittee of the Committee on Expenditures in the Executive Department:

There is no place in the United States Government for persons who violate the laws or the accepted standards of morality, or who otherwise bring disrepute to the Federal service by infamous or scandalous personal conduct . . . . It is the opinion of this subcommittee that those who engage in acts of homosexuality and other perverted sex activities are unsuitable for employment in the Federal Government.

The federal government also worked in concert with anti-gay activities being carried out at the state level. One of the documents uncovered by Mattachine’s Freedom of Information Act requests is a 1963 note from Civil Service Commission General Counsel L. V. Meloy to Charley Johns, chairman of the Florida Legislative Investigation Committee on Homosexuality and Citizenship. 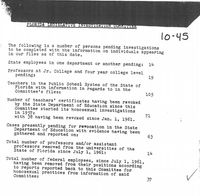 The infamous Johns Report wallowed in salacious descriptions of “the special world of homosexuality” and warned of “aggressive homosexuals” seeking recognition and legal equality. The report described teachers engaging in sex in public bathrooms and little league coaches seducing teenagers, asserting, “The plain fact of the matter is that a great many homosexuals have an insatiable appetite for sexual activities and find special gratification in the recruitment to their ranks of youth.” The report included a glossary of “sex offenses” that were illegal under Florida law and eight pages of homosexual slang and “deviate acts.”

Meloy’s letter asking for “several copies” of the report said that the “Federal Government has related problems in this area and … [the] investigation will shed additional light on a most difficult problem in suitability for government employment.” The Florida committee specifically targeted gay teachers but also resulted, according to the Mattachine amicus, in the removal of at least 37 federal employees.

The brief also documents that the Civil Service Commission shifted its strategies in response to court rulings challenging its policies. The brief goes into some depth documenting the case of William Dew, an African American Air Force veteran. Dew was married with a pregnant wife when he was fired from his job as an air traffic controller in 1958 for having admitted years earlier as part of a job application to the CIA that he had experimented with gay sex when he was in college. After a six-year legal battle, culminating in the Supreme Court agreeing to hear Dew’s appeal, the government settled with him. But rather than loosening the CSC’s anti-gay policies, the government strengthened its resolve in the wake of the Dew settlement and, in the words of the Mattachine amicus, “demonstrated its willingness to use all of its resources to crush homosexuals and those who engaged in homosexual acts with its suitability standards.”

Following a 1969 DC Circuit Court ruling that challenged the firing of federal workers for something that had nothing to do with the performance of their jobs, the CSC General Counsel at that time, Anthony Mondello, argued that federal agencies would have a hard time attracting quality workers if applicants knew they might have to work with “people who repeatedly engaged in serious misconduct offensive to community standards.”

The CSC and its successor, the Office of Personnel Management, continued to target gay federal employees throughout the 1960s and 1970s and into the 1980s.

The Mattachine Society brief ends with an appeal to the Court’s history of addressing anti-gay animus:

The Dew case is important for another reason as well—one that goes to the heart of the cases now before this Court. For decades, there was no limit to the animus meted out against LGBT Americans and no end to its reach. It poisoned every institution in the United States and seeped into the lives of all Americans, not merely those of gays and lesbians. So too, the language of animus became commonplace among those in the highest positions in government: “homo,” “sexual deviant,” “pervert,” “abomination,” “uniquely nasty,” and other derogatory terms and phrases were used with bureaucratic ease as a way to define, cabin, and limit the citizenship of LGBT Americans. As the Dew case perfectly illustrates, the animus even extended to those who were not gay.

The newly revealed documents cited herein merely reinforce what this Court already knows. For decades, there was a culture of animus against LGBT Americans that permeated every aspect of American life and every American institution. In many places, that culture continues to this day. To say that the marriage bans now at issue are not somehow the product of this historical animus is to ignore reality. We may not see the air that feeds the flame. But, for decades, animus against LGBT Americans fed the flames of hatred, revulsion, and disgust from which the current marriage bans arose.

The Mattachine Society of Washington, D.C. is optimistic about the impact of its brief. “The government attorneys who administered the federal ban on homosexuals have met their match in our pro bono counsel McDermott, Will & Emery’s powerful amicus brief," says Francis, "The McDermott brief is a lasting account of an unconstitutional ‘culture of animus’ embedded through seven Presidencies.”

Peter Montgomery is a Senior Fellow at People For the American Way.