By KELLAN BAKER and KATIE KEITH 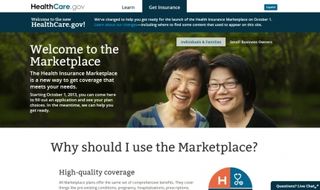 There is another Supreme Court case that matters to the LGBT community. Last week, the justices met to hear arguments in King v. Burwell, and to decide, once again, the fate of the Affordable Care Act.

Health reform may not seem like an equality issue, but it is. We are more likely to benefit from the law because we’re more likely to be low-income, uninsured, and discriminated against in the health care system. But the Affordable Care Act is already working for our community by addressing these gaps: between 2013 and 2014, the uninsured rate for low- and middle-income LGBT people fell from 34 percent to 26 percent. And, of those who purchased coverage through the marketplace, 48 percent are paying less than $100/month in premiums. Although LGBT people are still disproportionately likely to be uninsured, the law is having a significant positive impact—just ask our friends Aurora in Houston or Robbie in Nashville.

So what is at issue in King v. Burwell? The petitioners—vocal opponents of the Affordable Care Act—claim that the Internal Revenue Service (IRS) misinterpreted a four-word phrase in the Affordable Care Act to incorrectly offer health insurance subsidies to eligible Americans in every state. They claim that subsidies should only be available to people purchasing coverage through a marketplace “established by the state.” Since 34 states are relying on the federal government to operate their marketplaces, the petitioners argue that subsidies should not be available in those states. If they succeed, millions of people—including an estimated three-quarters of a million LGBT people, according to data analyzed by the Center for American Progress and the Williams Institute—will lose access to financial assistance that can help them afford health insurance. As a result, a decision in King v. Burwell that eliminates these subsidies has the potential to wreak havoc on the lives of millions of newly insured Americans and destabilize state insurance markets across the country.

We’ll discuss the arguments, what to expect, and the impact of the decision AFTER THE JUMP…

King v. Burwell is one of several cases challenging the legality of subsidies offered through the federally run marketplaces, and the argument itself—initially advanced at a conference at the American Enterprise Institute in late 2010 but overlooked until much later—has a colorful history[KK1] . As the various cases have wound their way through the system, some federal courts (including the Fourth Circuit) found the subsidies in states with a federally run marketplace to be legal, while others (including a three-judge panel at the D.C. Circuit) found the subsidies to be illegal. (The D.C. Circuit granted a rehearing en banc before the Supreme Court unexpectedly accepted King v. Burwell in November 2014.)

Leading up to the oral arguments, attention has increasingly focused on the four petitioners themselves and whether they have standing to challenge the IRS rule. These four individuals do not want to purchase insurance in Virginia—a state with a federally run marketplace—and claim they would be exempt from the law’s individual mandate without the marketplace subsidies, because the cost of an unsubsidized health insurance plan would not be considered “affordable” under the law. However, the subsidies reduce the cost of their premiums to the point where the coverage is deemed “affordable,” which means that the petitioners are subject to the individual mandate—they must get health insurance or pay a penalty.

Two of the petitioners (including the lead petitioner, David King) are veterans and potentially eligible for health care through the Veteran’s Administration, which would independently exempt them from the law’s individual mandate. Other reports have found that one petitioner will soon be eligible for Medicare, while one may no longer live in a state with a federally run marketplace. Despite the questions about standing that these reports have raised, however, the justices appear poised to consider the case on its merits.

The petitioners want the Supreme Court to strike down the IRS regulation that allows health insurance subsidies for eligible Americans in every state, including states that use the federally run marketplace through www.healthcare.gov. They argue that the statutory language—“established by the state”—makes it clear that subsidies are only available to individuals living in states with a state-based marketplace, and they contend that the IRS exceeded its authority by issuing the rule authorizing subsidies in states using the federally run marketplace.

In contrast, the government argues that the IRS rule is consistent with the regulatory scheme established by the Affordable Care Act and that, in the context of the entire statute, Congress clearly intended that subsidies be available to Americans in all states, regardless of who runs the marketplace. In the event that the Supreme Court finds the statutory text to be ambiguous, the government argues that the Court should defer to the IRS’s interpretation of the law.

For more background on what’s at stake in King v. Burwell, the Kaiser Family Foundation has a great guide to the case, including key questions and a summary of the arguments. The Constitutional Accountability Center—which filed a brief in support of the government—does an excellent job outlining five key myths about the case, and highly regarded legal scholars such as Abbe Gluck have argued that the case more accurately centers on federalism and states’ rights rather than health care.

Although today’s arguments could provide insight into the direction the justices are leaning, those who follow the Supreme Court readily admit that it’s difficult to know each justice’s inclination based on oral arguments alone. We—along with the 11.4 million people and counting that got covered through the marketplaces this year—will be eagerly awaiting the Supreme Court’s decision. The fate of financial help for millions of Americans, including the LGBT community, rests in their hands.