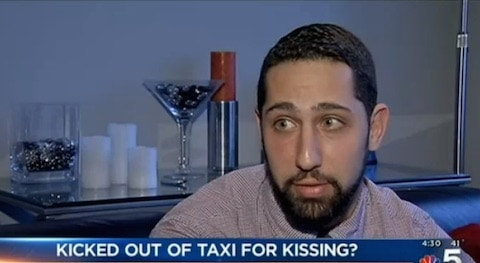 A Chicago Uber driver has been charged with aggravated assault/use of a deadly weapon and battery after kicking two men out of his cab for kissing, reports the Chicago Tribune.

The incident happened on April 1st when Mahdi Hared was driving Shadi Ramini (above) and Seth Day in the Margate Park neighborhood. 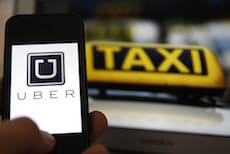 Ramini and Day allege that Hared drove off as Day was getting out of the car. Day suffered scrapes and bruises on his arms and torso, and road burn on his lower back.

Following the incident, Hared filed a police report claiming injuries. It appears that his passengers are unlikely to face charges.

The now former Uber driver was charged with one count of aggravated assault/use of a deadly weapon and battery.

In a statement, Uber said:

“No rider should ever have to go through an experience like this. Not only is this Chicago taxi driver’s behavior unacceptable, it’s in clear violation of Illinois’ non-discrimination law and Uber’s zero-tolerance discrimination policy as outlined in our code of conduct.”

Watch a report on the incident, AFTER THE JUMP…

In June of last year, Chicago couple Steven White and Matt McCrea were kicked out of a taxi for sharing a closed-mouth second-long kiss.