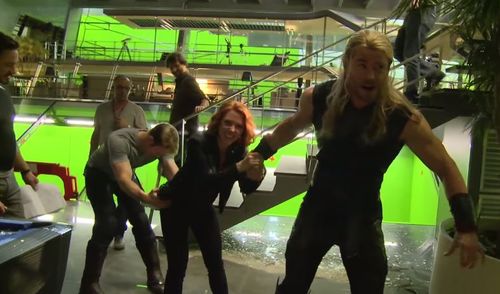 A new behind-the-scenes video for Avengers: Age of Ulton teases viewers with some of the on-set shenanigans that went down between Robert Downey, Jr., Chris Hemsworth, Mark Ruffalo, Chris Evans, Scarlett Johansson, and Jeremy Renner while filming.

"Them having that comfortable ease with each other is a delight," said director Joss Whedon. "Every now and then its an exhausting delight."

Considering Whedon's previous team-up with this cast led to the third highest grossing film of all time, chances are this exhaustion will pay off big time come May.

Check em out, AFTER THE JUMP…