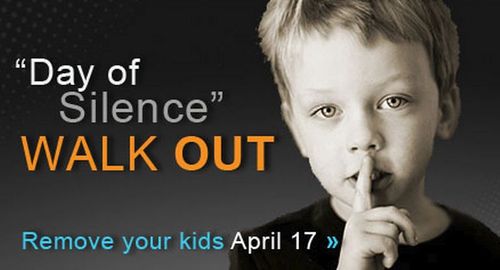 Yesterday marked the national "Day of Silence," a day where middle and high school students across the country helped raise awareness about anti-LGBT bullying by remaining silent in school. Yesterday also marked the day a Colorado school board member attempted to do damage control after it was revealed she had posted a link on Facebook from a hate group encouraging a "walk out" on April 17 to counter-protest the anti-bullying day. 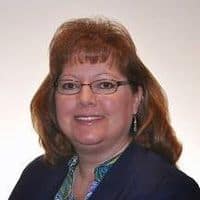 Jefferson County school board member Julie Williams said late Friday that she was “sincerely sorry” and that she would remove a link on her personal Facebook page that she shared that encouraged families to keep their students home Friday and “away from perverse indoctrination” of the“homosexual-bisexual-transsexual agenda.”

“To be honest with you, I didn’t read the article,” Williams said.  “I just saw it and thought I was sharing information with parents.”

The link, like most on Williams’ wall, was posted without comment. It directs Facebook users to a newsletter published by SaveCalifornia.com, but neither overtly endorses nor condemns the group and its message.

From the linked newsletter:

The Day of Silence postures every person who identifies as a homosexual or cross-dresser as a victim of ongoing, unrelenting harassment and discrimination (being 'silenced'). While some incidents like this do occur, this event is an overwhelming exaggeration in an effort to manipulate our kids' natural sympathies. The result ironically is that youth develop favorable views about a controversial, high risk behavior. […]

In reality, the Day of Silence is a one-sided campaign to manipulate acceptance of homosexuality by every student. Nationwide, parents are fed up with the political hijacking of their kids' classrooms. What makes it even more problematic is that the results of 'tolerating' this lifestyle without objection can be tragic for many young people. The risks of homosexual behavior are well-understood by public health officials, but are being ignored by some politically correct school administrations.

In an interview with Chalkbeat, Williams said she does not support the statements in the newsletter and said she believes in "choice" regarding "who you are and want to be and what you want to do."

Superintendent Dan McMinimee said Williams' Facebook page doesn't represent the position of Jeffco Public Schools and that the district "always strives to foster an environment that encourages students to feel safe, to learn, and to thrive, we respect students’ rights to participate in Day of Silence."

Previous Post: « Conan Shows Us What Hillary Clinton Has Been Up To on Her First Week of the 2016 Campaign Trail: VIDEO
Next Post: George Takei and Husband Brad Take a Trip to Google Headquarters And Discover Something Secret: VIDEO »