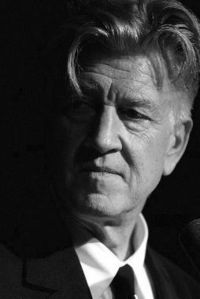 David Lynch has decided to pull out from directing Showtime’s upcoming relaunch of his cult classic series Twin Peaks following a dispute with the network over money. Last fall Lynch signed on to helm the series’s return and hinted that the show’s lead Kyle MacLachlan would reprise his role as special agent Dale Cooper. Last month Lynch admitted that while the scripts for all nine episodes of the new series were completed, he had yet to sign a contract officially linking him to the project.

"I haven't returned yet and we're still working on the contract," he explained to an audience at his recently opened exhibition at the Australian Gallery of Modern Art. "But I love the world of Twin Peaks and I love those characters. And I think it will be very special to go back into that world.”

“After 1 year and 4 months of negotiations, I left because not enough money was offered to do the script the way I felt it needed to be done,” wrote Lynch, careful to point out that the reboot would likely still happen without him. “This weekend I started to call actors to let them know I would not be directing. Twin Peaks may still be very much alive at Showtime. I love the world of Twin Peaks and wish things could have worked out differently.”