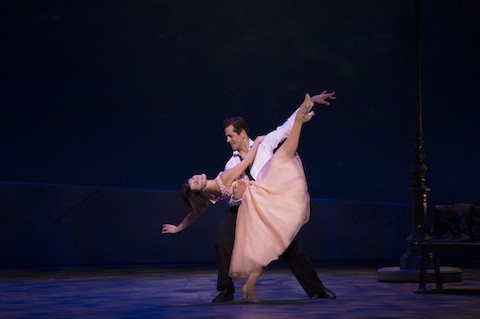 Click on the links below for reviews of the shows on Towleroad. 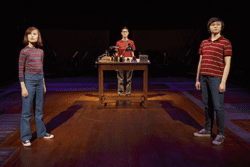 Fun Home, the intimate family drama a lesbian coming of age, based on Alison Bechdel’s acclaimed graphic novel, racked up nominations for five of its leading players as well as for its original score, script, direction and design. The comparatively sprawling An American in Paris, a ballet-driven musical from Christopher Wheeldon based on the Cary Grant film, earned nominations for four of its leads as well as its script, design, and more. Something Rotten! was close on their heels with 10 nominations, and Chita Rivera vehicle The Visit, John Kander and Fred Ebb’s final musical, rounds out the race for best musical. 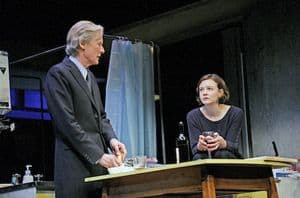 While American scribes dominated the musical categories, including Rodgers and Hammerstein’s The King and I, which racked up nine nominations including Best Revival of a Musical, British imports rose to the top of the pack in play categories, including Wolf Hall Parts One & Two, the two-part Tudor drama based on Hillary Mantel’s hit novels, which lead with eight nominations, the most for any play. The revival of Skylight received seven nods for its all-British creative team, including playwright David Hare, director Stephen Daldry, and stars Carey Mulligan and Bill Nighy. Another West End import, Simon Stephens’ The Curious Incident of the Dog in the Night-Time, was close behind with six nominations, including Best New Play and a leading actor nom for newcomer Alex Sharp. British stars Ruth Wilson (Constellations) and Helen Mirren (The Audience) were tapped for the leading actress category from otherwise little-recognized productions, as was Elisabeth Moss for The Heidi Chronicles, which is closing Sunday due to middling sales. 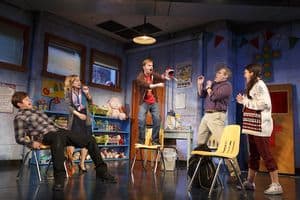 Robert Askin’s Hand to God was the most praised American play, receiving nominations for Best New Play and a leading actor nom for a virtuosic Steven Boyer, as well as Geneva Carr and Sarah Stiles. Ayad Akhtar’s Disgraced rounded out the best play category, earning just a single nomination. Revivals of The Elephant Man, which received nods for its stars Bradley Cooper, Patricia Clarkson and Alessandro Nivola, and You Can’t Take It With You, which received five nominations (including for Scott Ellis, who directed both), will compete with Skylight and This Is Our Youth for Best Revival of a Play. 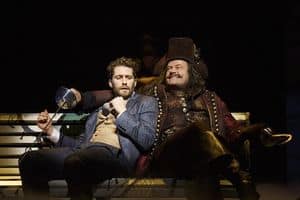 The season’s biggest grossing hits were the most conspicuous snubs, including Larry David’s Fish in the Dark and Terrence McNally’s It’s Only a Play (which received a sole supporting actor nom and none for its marquee stars Nathan Lane and Matthew Broderick). The River, whose playwright Jez Butterworth and star Hugh Jackman have been Tony favorites in previous seasons, was completely shut out, as was a high-profile revival of Edward Albee’s A Delicate Balance, starring Glenn Close and John Lithgow, which steadily declined in sales over the course of its limited run.

New musical Finding Neverland, which grossed over $1 million last week and has already announced a national tour despite opening to poor reviews, was likewise completely passed over. On the other hand, The Last Ship, which struggled to find an audience and closed after just a few months, pulled through a nomination for best score, by theatrical newbie Sting.