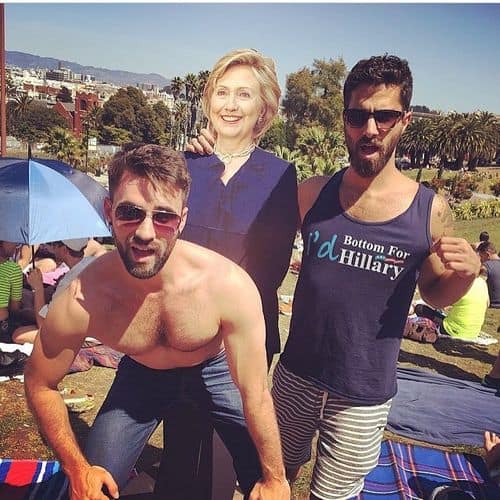 We are small but powerful group that encourages Hillary Clinton to run for President in 2016. We recognize the unbelievable force that is Hillary Clinton. So much so, that we admit that we would willingly bottom for her.

Ideally we would be bottoming for her as we were voting for her.

We will display our love for Hillary but informing the world of our desire to bottom for her. Buy a shirt, have no shame, and vote for Hillary Clinton in 2016.

The website does not mention where proceeds from the garments will go or if it's a "for profit" venture but Ryan (just Ryan for now) tells Fusion that he studied business and politics in college and has so far sold 30 shirts with no marketing.

"With bottoming, there’s a lot that goes into it. A lot of homosexuals understand the concept. Bottoming for someone takes a lot of trust and understanding…A lot Republicans follow the Instagram handle, and they think it’s satire. It really is a compliment to Hillary." 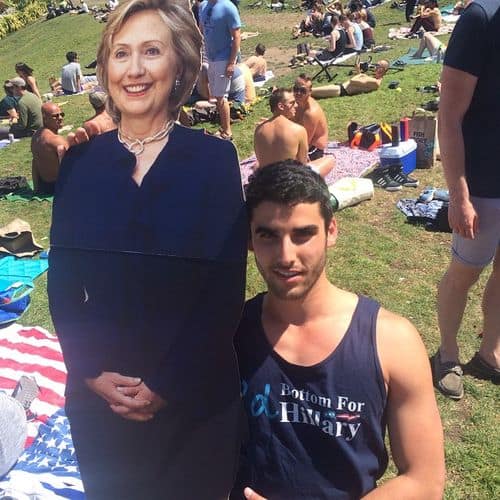