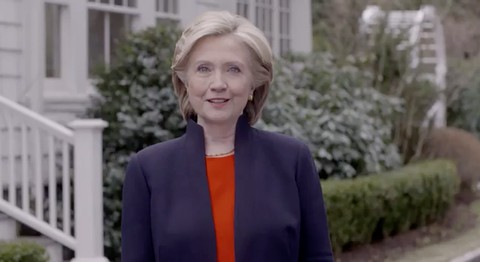 Hillary Clinton has broken her silence on upcoming marriage equality arguments at the U.S. Supreme Court, the Washington Blade reports:

Adrienne Elrod, spokesperson for Hillary for America, affirmed Clinton believes same-sex couples have a constitutional right to marry in a statement to the Washington Blade.

“Hillary Clinton supports marriage equality and hopes the Supreme Court will come down on the side of same-sex couples being guaranteed that constitutional right,” Elrod said.

Clinton had previously advocated a state-by-state approach to marriage.