A bill that would have added sexual orientation and gender identity to Indiana's civil rights law in education, employment, and housing was rejected by House Republicans yesterday, the AP reports. 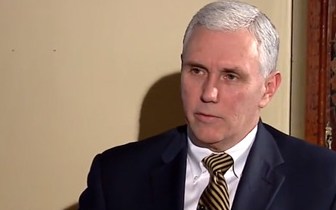 In related news, Governor Mike Pence declared the Religious Freedom Restoration Act controversy to be over, the Indy Star reports:

"I think the difficult time that Indiana just passed through two weeks ago is behind us," Pence told reporters.

His comments came just one day after his administration hired a global public relations company to help repair the state's damaged reputation. The state plans to pay the firm, Porter Novelli, at least $2 million.

"We've got a great story to tell," Pence said when asked about his decision to hire the PR firm. "I really do believe that we are through the storm, that now's the time to heal."

However, Senate Minority Leader Tim Lanane, D-Anderson has proposed an amendment to the state budget that was also shot down 40-10 by Republicans. The amendment "would have created a committee to study the possibility of adding statewide protections from discrimination based on sexual orientation and gender identity" according to the Indy Star.