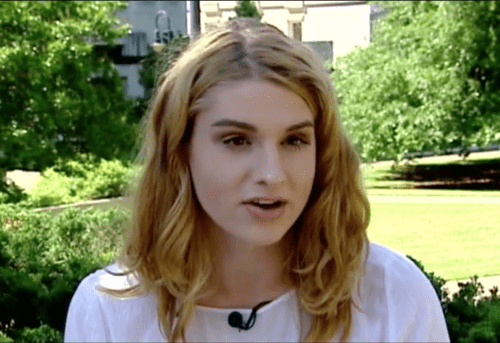 A transgender teen who filed a federal lawsuit last September against South Carolina’s Department of Motor Vehicles for sex discrimination and violating free speech won her case reports NPR.org. Chase Culpepper, 17, filed the suit after DMV officials told her to remove her mascara and eye shadow before taking her driver’s license photo, arguing with her that her cosmetics was a "disguise."

The department claimed that a 2009 rule prohibits applicants from "purposely altering his or her appearance so that the photo would misrepresent his or her identity." Culpepper filed a lawsuit in response to the Spring 2014 incident calling the policy "unconstitutionally vague and overbroad" and arguing it allowed DMV officials to make "arbitrary and capricious" decisions based on the department’s personal biases regarding gender presentation.

The Transgender Legal Defense and Education Fund, a New York-based group backing Culpepper, helped reach a settlement in the case, with South Carolina’s DMV agreeing to change its policy to allow applicants to be photographed as they are regardless of officials’ expectations of what they think applicants should look like. The department also promised Culpepper an apology letter and intends on training employees on how to treat transgender and gender non-conforming individuals. Culpepper announced she is pleased with the results of the settlement.

"I am thrilled with the outcome of my lawsuit. My clothing and makeup reflect who I am. From day one, all I wanted was to get a driver's license that looks like me. Now I will be able to do that. It was hurtful to be singled out for being transgender and made to feel that somehow I wasn’t good enough."

The new department policies go into effect in May; Culpepper intends on taking her new driver’s license photo then with her makeup on. Since Culpepper’s win, the Transgender Defense and Education Fund received several similar requests for legal representation and support after the news of Culpepper’s successful case spread reports The Los Angeles Times. The advocacy group is currently in negotiations with West Virginia’s DMV after three transgender women reported that the department ordered the women to remove wigs and fake eyelashes before having their driver’s license photos taken.