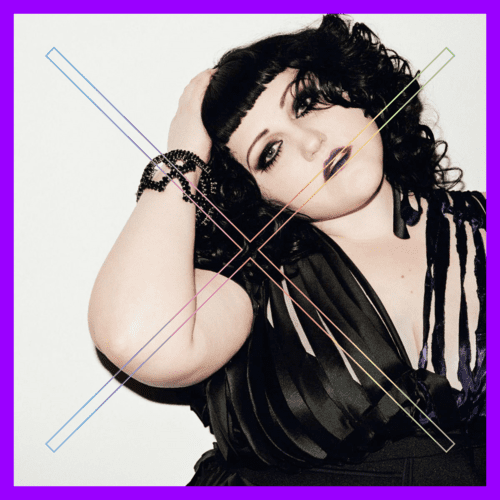 French producer Marc Cerrone needs no introduction and neither does the The Gossip's Beth Ditto. When the latter produced a wild cover of Cerrone's hit track, 'Supernature' alongside The Shoes late last year, music fans applauded the unexpected version.

Fellow French disco maestro Alan Braxe enlists Ditto again to reproduce a version of 'Supernature' that's much closer to the 1978 original, albeit updated for modern times. With Giorgio Moroder and Chic acknowledging '70s disco is back into vogue, it's about time fellow disco powerhouse Cerrone got his due. Braxe's version of 'Supernature' is out on his new compilation, The Best of Cerrone Productions, which released earlier week. 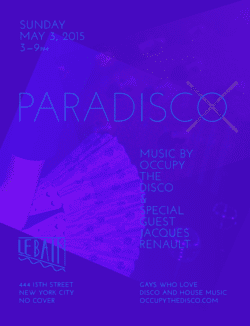 Next, L.A.'s disco duo Oliver bring Club Cheval's lounge-oriented first single, 'From the Basement…' to the dance floor with their synth-heavy re-work. Let's Play House leader (and our esteemed Paradisco guest this weekend) Jacques Renault enlists his buddy Slow Hands to throw it back this Thursday with a new rework of Vanity 6's classic 'Nasty Girl' (available for a free download), under their Bill & Ted moniker.

Finally, we slow things down a bit with two R&B-focused productions. UK's Darius tackles the fourth single from Jessie Ware's hit album, Tough Love, with his chilled out, slick electronic production. NYC's Brayton Bowman gives us a MNEK effect on his cover of Britney Spears' 'Baby One More Time' that is also reminiscent of Disclosure's productions. I should note that the MNEK influence is is no coincidence as the two artists are boyfriends. <3 Check out Brayton's lead single, 'Skin Deep' here.

This Weekend: The ascent into warmer weather continues, and Occupy The Disco has you covered for your weekly dose of sunshine, revelry, and warm disco and house music to close out your week at our weekly Sunday afternoon disco tea, Paradisco. This week we're joined by one of Brooklyn's finest, our special guest DJ Jacques Renault. Arrive early to avoid lines – see you on the dance floor (or on the roof)!  3-9P at Le Bain at The Standard, High Line.

Previous Post: « Please Help Support Towleroad By Filling Out This Important Survey
Next Post: Steve Grand Gets Stripped Down and Oiled Up by Davey Wavey: VIDEO »