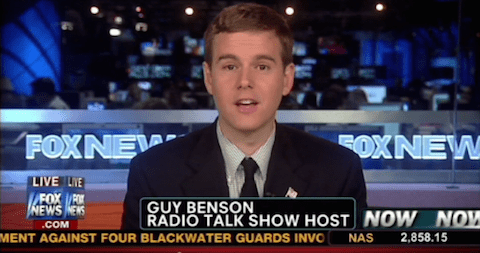 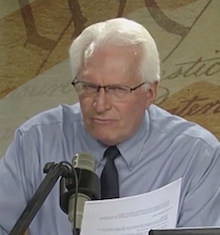 Benson recently came out in what he calls a "footnote" in his new book End of Discussion: How the Left’s Outrage Industry Shuts Down Debate, Manipulates Voters, and Makes America Less Free (and Fun).

Writing for The Stand in a piece titled "‘Gay Conservative’ Is An Oxymoron", Fischer argues:

“Benson is young, smart, and articulate and often appears on Fox News as a pundit on all manner of political issues. This makes him particularly dangerous to the conservative cause.

“Now I don’t know Mr. Benson, and he certainly seems like a particularly nice and friendly individual. But this is not about his personality. It’s about his politics.

“Townhall…is owned by Salem Media Group, which describes its mission as ‘targeting audiences interested in Christian and family-themed content and conservative values.’ To my knowledge, Salem has yet to explain how paying an openly homosexual activist to be the political editor of its main public policy publication is consistent with this mission.

“If Salem leadership is to be at all true to its own mission statement, Benson must be replaced. His values on homosexuality are not Christian, family-themed, or conservative.”

Watch Fischer explain how same-sex marriage would force Christians into a form of slavery, AFTER THE JUMP…

Previous Post: « Bill Maher Laughs Away Bruce Jenner’s Belief that GOP Leaders Would Be ‘Very Receptive’ to Championing LGBT Rights: VIDEO
Next Post: Irish Metal Band Sickened By Use Of Their Music In ‘Vile’ ‘Kill The Faggot’ Game: VIDEO »