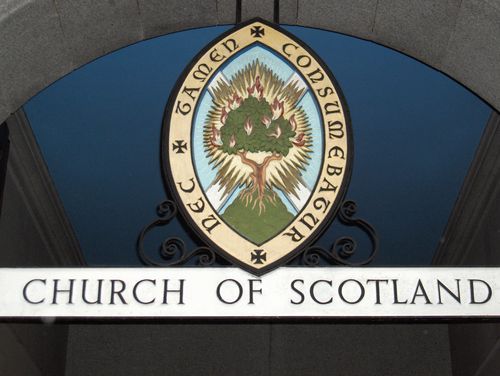 The Church of Scotland will now permit ministers and deacons to enter into same-sex civil partnerships after a 309-183 vote of the church's delegates earlier today.

A further vote will be held this week on whether or not to extend ordination to ministers in same sex marriages.

Supporters said it was time for the church to be inclusive and recognise the "mixed economy" of modern Scotland.

Opponents warned that the move was contrary to God's law, would prove divisive and lead to resignations.

A spokesman for the Church of Scotland said that the current stance meant that the Church had adopted a position which "maintains a traditional view of marriage between a man and woman, but allows individual congregations to 'opt out' if they wish to appoint a minister or a deacon in a same sex civil partnership."

Previous Post: « Rick Santorum Wants to Clarify that Bruce Jenner Is Still ‘Obviously and Biologically’ a Man: AUDIO
Next Post: Hillary Clinton Is Ready to Earn Your Vote This Summer in Hilarious SNL Cold Open: VIDEO »