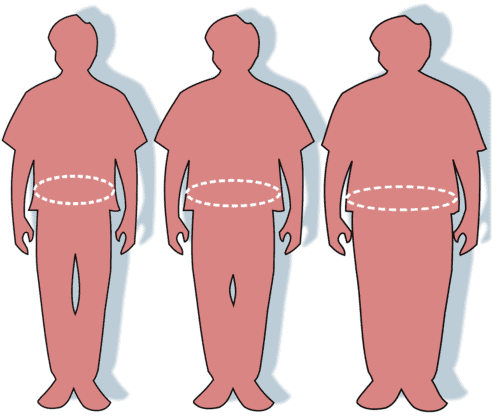 The heterosexual community seems to have to recently discovered what bears, chasers, and the pro-DILF community has known for quite some time: guys don’t have to be super fit to be hot. “Dad Bod,” a term coined earlier this year by Mackenzie Pearson, an undergrad at Clemson University, quickly became an internet buzzword, inspiring dozens of thinkpieces arguing whether the concept was sexist or not.

One of the things about Dad Bod that’s fueled the fascination with the concept is its nebulousness. Taken literally Dad Bod should refer to the stereotypical bodies we assign to men as they settle into fatherhood–see: middle age spread. The thing is, though, if you were to ask a group of people to define a classic Dad Bod, you’d probably get a handful of different descriptions. With that issue in mind, the good folks at The New York Times set out to quantify the average differences between the bodies of actual fathers and their childless counterparts:

“The skinny: On average, dads are 10 pounds heavier than non-dads; they’re carrying nearly an extra two inches on their waist; and their bellies stick out an extra half-inch.

The latest data from this survey found that half the non-dads in our 18-to-45 bracket had a sagittal abdominal diameter of less than eight inches, but only 29 percent of the dads did. But dads seem to wear their extra paunch with some degree of comfort. Despite the extra 10 pounds, nearly as many dads described themselves as being “about the right weight” as those who are not dads. (The exact proportions are 49 percent and 53 percent.)”

Check out the full article here and weigh in with your thoughts on the Dad Bod phenomenon in the comments.