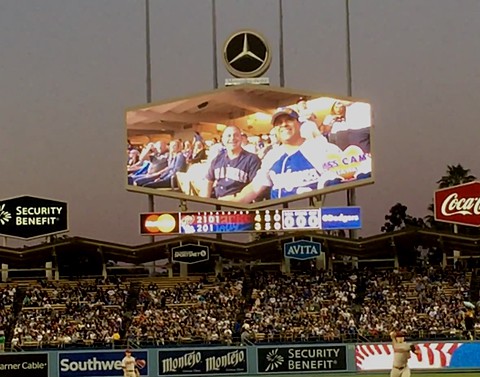 It used to be that kiss cam operators would train their cameras on two presumably heterosexual men to try and get an 'icky' laugh out of stadium crowds (the practice was condemned by many, including Dodgers (then A's) pitcher Brandon McCarthy,) for being homophobic.

But there was no "ick factor" reaction from the crowd when it happened at a Dodgers game this week. It wasn't LGBT night either. That's June 19.