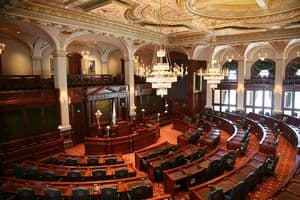 The bill – which was passed 68-43, with support from 61 Democrats and seven Republicans – prohibits licensed mental health care providers from engaging in “reparative therapy” with anyone under the age of 18.

Equality Illinois (EI) has now called on the state Senate to approve the Illinois Youth Mental Health Protection Act before the scheduled May 31 adjournment of the General Assembly.

"Ending conversion therapy is our top priority in the legislature right now. Trying to change the unchangeable, our innate sexual orientation and gender identity, should not be attempted because it risks the health of LGBT youth.”

However, although every major Illinois mental health organization supports the bill – including the Illinois Psychological Association, Illinois Psychiatric Society, American Psychoanalytic Association, Illinois Chapter of the National Association of Social Workers and Illinois Chapter of the American Academy of Pediatrics – the legislation does not apply to religious leaders and would not impact the ability of clergy to practice their religion.

Watch law student Scott Blair pick apart a counselor's attempt to cure him of his homosexuality, AFTER THE JUMP…