Republican South Carolina Senator Lindsey Graham has told the Boston Herald that if the Supreme Court rules in favor of marriage equality later this year in Obergefell v. Hodges, society must "move forward" and that a federal amendment attempting to ban same-sex marriage would be impossible. 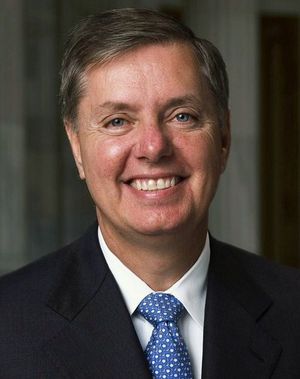 “Things are changing, so at the end of the day, being for traditional marriage without animosity is where I stand. If the Supreme Court rules sometime this year that same-sex marriage bans are unconstitutional, then that will be a defining moment in that debate. It will be time for us to move forward as a society.” […]

“I just don’t see how you get a constitutional amendment defining marriage as between a man and a woman ratified by 3/4 of the states given the way the lay of the land is today. So the courts gonna hear the case,” he said. “People who are social conservative, hold your head up high. Be proud of speaking for the unborn, I’m a pro-life guy with exceptions of rape and incest. When a woman is raped, it is not the will of God, it is a crime, and the perpetrator should be punished accordingly. The woman will make that decision about what to do after being the victim of a crime.”

Graham is expected to run for President in 2016, joining GOP contenders Carly Fiorina, Ben Carson and Mike Huckabee, who has taken a decidedly different attitude towards the Supreme Court's consideration of same-sex marriage.