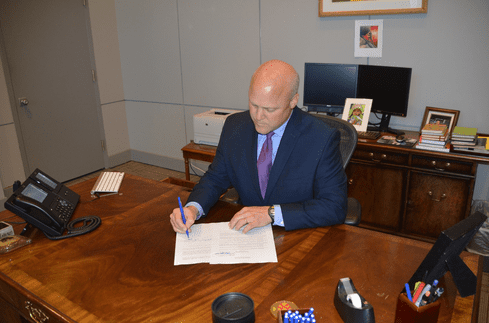 In the wake of Louisiana Gov. Bobby Jindal's decision yesterday to bypass the state legislature and issue a controversial executive order protecting religious-based objection to same-sex marriage, New Orleans Mayor Mitch Landrieu is hoping to counter the growing anti-LGBT narrative in his state with an executive order of his own. 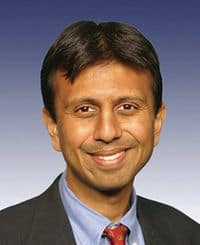 In a statement that directly referenced Jindal’s order, Landrieu said New Orleans has managed to protect religious freedom — the stated purpose of Jindal’s order — without opening the door to discrimination.

“In New Orleans, we believe religious liberty and freedoms should be protected and discrimination prohibited, and we have passed our own laws to reflect that principle,” Landrieu said. “This executive order is an important, symbolic affirmation that discrimination in any form will not be tolerated in New Orleans — and it should not be tolerated anywhere in Louisiana.”

New Orleans, a heavily Democratic city that has a substantial gay community, has a history of sailing against the prevailing winds of social conservatism that dominate politics in the rest of the state. The city also has more to lose from the Jindal order than most of Louisiana because so much of the economy is based on conventions, tourism and special events. Jindal’s order, and the now-dead legislation that inspired it, spawned fears that Louisiana could be shunned and possibly boycotted outright by conventioneers and other visitors.

The city has had non-discrimination protections for LGBT individuals on the books for two decades.

WHEREAS, the City of New Orleans is proud to be a culturally rich community of faith, inclusion, tolerance, and diversity;

WHEREAS, the City of New Orleans is proud to foster an environment for its residents, visitors, and businesses that is welcoming, just and inclusive;

WHEREAS, the free exercise of religion in the City of New Orleans, including religious beliefs relating to marriage, is both a constitutionally protected right, and a matter of paramount importance to the fabric of New Orleans;

WHEREAS, the freedom against discrimination on any basis is a matter of equal paramount importance to the fabric of New Orleans;

WHEREAS, in 2010 Louisiana enacted the Preservation of Religious Freedom Act which prohibits governmental burden of a person’s exercise of religion;

WHEREAS, to the extent permitted by law, contracts entered into by the City of New Orleans contain a requirement that City contractors, consultants or partners will not, in the performance of the contract, discriminate or retaliate, in fact or in perception, on the basis of race, color, national origin, religion, creed, culture, ancestral history, age, gender, sexual orientation, gender identity, marital or domestic partner status, physical or mental disability, or AIDS- or HIV-status;

WHEREAS, the City of New Orleans appropriately balances religious beliefs of all kinds with civil liberties, including freedom from discrimination.

1.     Purpose: The purpose of this Executive Order is to confirm for the residents of the City of New Orleans, its businesses and visitors that religious beliefs are protected from unjustified governmental burden, but that there is no tolerance in the City of New Orleans for discrimination on the basis of race, creed, national origin or ancestry, color, religion, gender or sex, sexual orientation, gender identification, marital or domestic partner status, age, physical condition or disability.

2.     All departments, commissions, boards, agencies of the City are authorized and directed to take cognizance of and comply with this Executive Order and the anti-discrimination laws of the City of New Orleans.

3.     Effective Date: This Executive Order is effective upon the date of its issuance.

Previous Post: « JK Rowling Shocked By Neville Longbottom’s Racy Underwear Shoot: VIDEO
Next Post: What Happens If the ‘No’ Side Wins in Today’s Marriage Equality Referendum in Ireland? »