Some fans aren't at all happy with last night's episode of Game of Thrones. 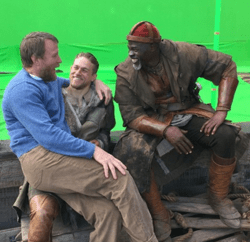 France's United Protestant Church votes to allow pastors to bless same-sex marriages. Protestants, according to Euronews, make up around two percent of the French population and most of them are evangelicals who are opposed to same-sex marriage.

Guy Ritchie pops a squat on Charlie Hunnam's lap on the set of Knights of the Round Table.

HRC hails the reintroduction of the Global Respect Act. “This bill sends a clear message: world leaders who discriminate against and victimize their LGBT citizens should not be welcome here,” said HRC Global Director Ty Cobb. “Hate is not an American value. We must live by our values and take a stand against those who abuse the basic human rights of LGBT people.”

Republicans call on Rep. Frank Guinta (R-NH) to resign following revelations from the FEC that he accepted over $300,000 in illegal contributions from his parents. 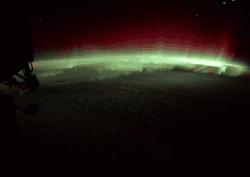 Why the GOP is dying off, literally. "Since the average Republican is significantly older than the average Democrat, far more Republicans than Democrats have died since the 2012 elections. To make matters worse, the GOP is attracting fewer first-time voters. Unless the party is able to make inroads with new voters, or discover a fountain of youth, the GOP’s slow demographic slide will continue election to election."

Introducing the glowing camels of Israel.

How did fans react to the Mad Men series finale? 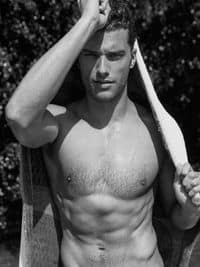 Lindsey Graham says he's "having a blast" as he prepares his presidential run.

Up to 170 people charged in biker brawl at Waco, Texas shopping plaza. "Law enforcement officials said the midday gun battle was primarily between the Bandidos and Cossacks gangs, a continuation of a long-running feud between the two groups, though members of the Scimitars and two other gangs were also involved. The people arrested after the shootout at the Twin Peaks restaurant, in south Waco, were charged with engaging in organized crime linked to capital murder, said Sgt. Patrick Swanton, a Waco Police Department spokesman. It will be up to prosecutors and a grand jury to decide what charges they will ultimately face, but capital murder charges can carry the death penalty."

Early buzz for Inside Out points to Pixar recapturing its cinematic magic.