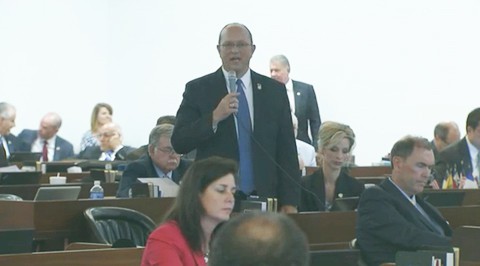 Happening now, North Carolina's House of Representatives is debating SB#2, a magistrates recusal bill which would allow public officials to opt out of marrying same-sex couples if they have "sincerely held religious" objections to same-sex marriage. The bill cleared a house panel earlier today which allowed it to reach the floor for debate.

A House judiciary panel agreed Wednesday to give the option to magistrates and some registers of deeds employees, but they would have to stop performing marriage duties for all couples. […]

You can watch the proceedings LIVE here.

If you live in North Carolina, you can contact your legislator and make your opinion on the bill known here.