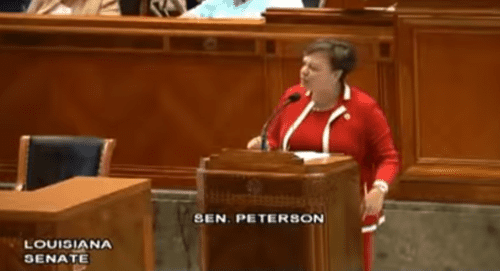 Karen Carter Peterson, a Louisiana state senator who represents the New Orleans area, took to the senate floor ahead of Gov. Bobby Jindal's "religious freedom" executive order earlier this week to set the record straight on Jindal's self-serving plan to circumvent the legislature and enact the discriminatory measure himself. 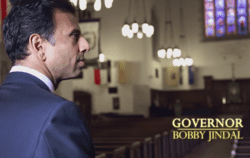 "Now we've heard him talk about how he feels about executive orders, but those are at the federal level. He don't like those. But today it's okay to just ignore the House and the clear rejection of something that's just not good for our state. He didn't even have the courage to testify before the House, but he wants to roll out a press release saying what he's going to do through executive action. But guess what he did have time to do? To start running commercial, not here in New Orleans, or Baton Rouge, or Monroe – he ran a religious freedom commercial in Iowa. Are you kidding me? Why don't you roll some commercials out on how to fix this nightmare that you've created right here in Louisiana? This is ridiculous.