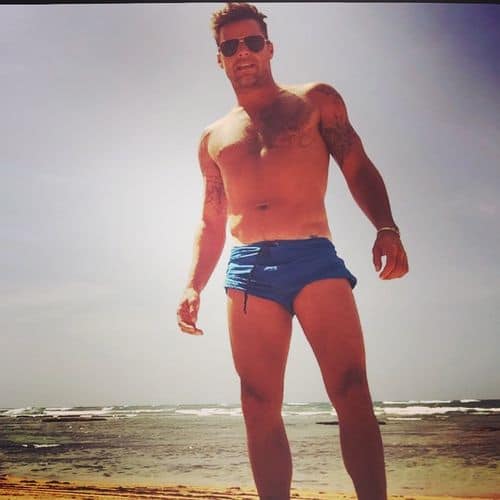 In a new interview with The Sun, Ricky Martin says he's got a major sex drive but that his children take priority over it, adding that he is still single since the separation from his partner of seven years Carlos Gonzalez Abella:

"I try to keep my life very civilised, that's what I need for the well-being of my children….I am single now after seven years. I meet people. I'm fine. I meet very handsome men. I like to have a conversation, looking into someone's eyes and finding out their sense of humor. I'm not saying you have to be an Adonis, but you have to connect…We're all men. It's in our DNA to go for it. But I have two boys and I cannot bring different men every day into my house."

[Carlos] comes to see the kids. There was a year of silence but now we're buddies…The first year as a single father with twins was insanity. I had eye bags down to my knees but it was the most beautiful year of my life…I am only starting. I want a bigger family. Let's see what happens next year. I'm also seeing the possibility of adopting. But in some countries as a single man it's kind of difficult, if not impossible. But it's worth a try."