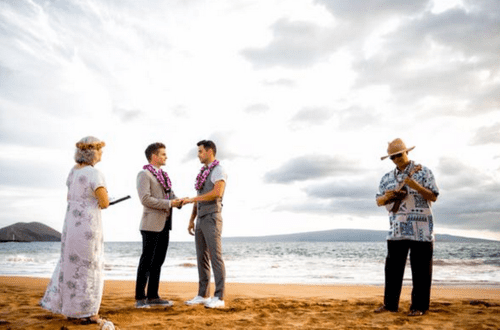 The Young and the Restless star Greg Rikaart married his longtime boyfriend, TV writer Robert Sudduth, on a gorgeous Maui beach on Wednesday. The Emmy award-winning Rikaart announced his nuptials on his Twitter page, posting the above photo from the modest ceremony.

So much love today. Thanks for it all. Rob and I have enjoyed reading your kind wishes. Mahalo, as they say here on Maui.

Rikaart publicly came out two years ago on Twitter a day after the Supreme Court of the United States struck down the Defense of Marriage Act.