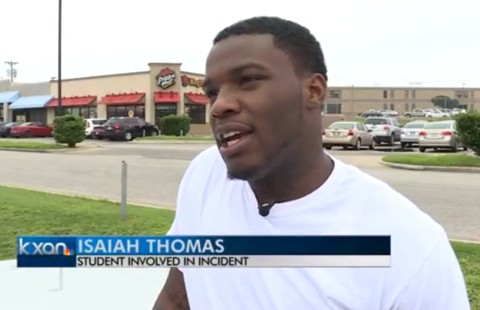 A high school teacher in Texas has resigned after admonishing a black student for using a gay slur by comparing it to the N-word.

Gretchen Summers, a science teacher at Pflugerville High School just north of Austin, resigned after the school placed her on leave while it investigated the incident that occurred May 11.

Senior Isaiah Thomas reportedly used a gay slur in front of Summers, who responded by saying something along the lines of, "How would you like it if somebody called you a n—–?"

“She could have at least said the ‘N-word,’ or could have said, ‘how would you like someone calling you N-Word?'” said Thomas.

Thomas said it upset him when his teacher used the full word, and that is when he went to the principal. He was then asked to write a statement about what happened. …

“She wasn’t using it against him, she just said, ‘you know, it’s not nice to call people rude names, you wouldn’t like if someone called you a derogatory term’,” said junior Christy Beaulieu. She was not a student in the class where the incident happened, but she is a student of the teacher who resigned. She heard about what happened from a friend in the class.

“I’m pretty upset about it, I don’t think she’s racist,” said Beaulieu. “I don’t think she has anything against anyone else. She’s really accepting, really a kind-hearted person.” 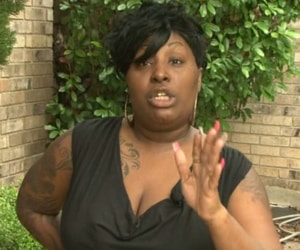 The boy's mother has a call to action for Summers. "I'm looking into this camera, if she's watching this. I think you need to do a public apology," said Charlott Swist in an exclusive interview with KEYE TV. …

Even repeating racial slurs is not allowed in Isaiah Thomas's home. "I raised my kids not to even use that word against each other," said Swist. …

The incident happened last week but Thomas's mother is concerned about the long-term impact.

Watch the reports from KXAN-TV and KEYE-TV, AFTER THE JUMP …