Movies really ought to be seen (and reviewed for that matter) on their own terms. But what if their very terms are — "it's all connected!?"

Does the latest film THE AVENGERS: AGE OF ULTRON satisfy all on its own? My early guess — only time will tell — is "not so much" but then, is it really intended to?

Seeing the movies back-to-back threw their problems into sharp relief: the movies are ultimately formulaic, disinterested in women, have weakly conceived villains (an oddity given that good villains are such a comic book staple), and betray an unfortunate tendency to end with a battle in which large inanimate objects frequently collide or crumble, mistaking mass destruction as the highest form of entertainment when the figurative character beats as well as, yes, literal character beatings are nearly always the most pleasurable moments. 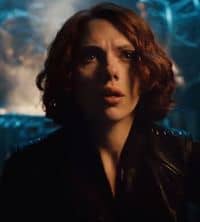 On the plus side, the marathon was a great reminder of why blockbuster culture has been stampeding all over more intimate cinematic triumphs for a long time now: they feel like "events" even when they aren't very good. The audience was cheering the arrival of every major character as they returned in Ultron and who wants to miss a party that everyone else will be going to?

The close proximity of the movies also threw hot spotlights onto the films that felt the most complete in and of themselves. They number four if you're feeling generous: The first and third Iron Man films maybe but definitely both Captain Americas. The First Avenger and Winter Soldier are the jewels of the Marvel Cinematic Universe (by which I do not mean those blueball-inducing infinity stones — Jesus the amount of times these movies tease those stones and that story won't be over until 2019 after several more movies!!!). The Iron Mans and Captain Americas, despite the fact that they're enriched by connections to other films, feel more or less like their own movies and not "Previously On" / "To Be Continued" television episodes which won the billion dollar budget lottery.

Marvel's super powered stable began getting the live action screen treatment as early as 1977 on television but it wasn't until 2008 when Marvel began to take back cinematic control of their own characters (the ones they still held the rights to at any rate). Though they've been entirely too resistant to evolving (still no female led movies – even though Scarlett Johansson is quite literally more bankable outside this franchise than all of her male co-stars save Robert Downey Jr) they have done a superb job of long-term strategizing and growing ever since. In 2015 Marvel practically owns the world. That's an ideal deed to own, if you constantly wish to threaten and then rescue that same planet.

Which brings us back around to Ultron, the latest Global Destruction threat. The new film begins before Ultron is born with a hunt for Loki's powerful scepter, so it's something of a red herring. Writer/director Joss Whedon worked a miracle with The Avengers (2012) making the first superhero team movie that felt like a team movie (sorry X-Men movies but you don't cut it because you're constantly reducing down to Wolverine & Magneto when you have such a lively array of character to work with) so he can jump right in this second time around. There's no dull 'getting the band back together' business so we get to the big 'Avengers Assemble' money shot you've been seeing in every commercial (above) as fast as a new enemy gets around — which is to say, very fast.

In the fictional city of Sokovia, we meet two mysterious new threats in the shape of twin "enhanced humans". The Avengers don't have the advantage of having seen their own trailers and read their own comics so they don't yet know if the magical Scarlet Witch (Elizabeth Olsen) or her super-speedster brother Quicksilver (Aaron Taylor-Johnson) are friend or foe or merely misguided Sokovian orphans with unusually sneaky gifts. The Avengers do just fine with this mission except for the part where the twins throw them off their game. Cue: one of the movie's repeat catch-phrases.

"You didn't see that coming."

As with the first team-up movie, the surprises are difficult to find in the A storyline so the joy comes mostly from the best action and acting moments.

Whedon's best contribution to the Marvel Cinematic Universe has undoubtedly been his two-fold gift for juggling humor with character beats while simultaneously offering up complex team dynamics and real gravitas underneath that thin surface of jokery. His initial claim to fame (Buffy the Vampire Slayer) may have been named after one character but it was a true team series, of dramatic and comic pleasures, from the first episodes. Age of Ultron's first act is basically one long doozy of a set piece, which manages to give us time alone with every principle character and give them some connective tissue in battle together, too. There's even a non-invasive welcome detour by way of a quiet moment between The Hulk (Mark Ruffalo) and The Black Widow in which we realize that their relationship is heading away from the platonic and to the romantic. (The Black Widow did not attend the Ultimate Marvel Marathon or she would have seen The Incredible Hulk from 2008 and known that Bruce Banner is too scared to have sex — the rising heart rate, you know.)

The title story only comes to the light in the film's second act when Iron Man makes a foolishly swift decision about his long-shelved "Ultron program" (essentially peace-keeping robots to guard the earth) which leads to one very pissed off sentient robot, voiced quite memorably by James Spader, who takes his digital beef with Tony Stark out into the real world of flesh and blood. In one of the film's best scenes he introduces himself to them in lurching incomplete form (made from remnants of an Iron Man form complete with metallic Jack O' Lantern creepiness). He catches them off guard because they stupidly haven't realized that they've still got an hour of movie to fill.

From then on though, the movie devolves into an increasingly cluttered mix of globe-hopping action spectacle and occasional quiet moments. Whedon smartly frames the catch-your-breath moments around the most-human and thus the most vulnerable Avengers: The Black Widow and Hawkeye. Hawkeye in particular becomes something of a meta figure, channelng fan disinterest in his least powerful and least popular character into a kind of verbalized self-doubt and purpose-seeking. It's so on-the-nose that I feared they would give him the super-power of breaking the fourth wall and he'd start speaking directly to anyone he saw yawning in the audience.  The other self-aware business is much more successful. The movie makes great use in particular of Captain America's old-fashioned qualities for a running gag about his distaste for profanity.

Chris Evans continues to be adorably innocent sex on a stick and as steely heroic and self-sacrificing as ever. Total husband material. He can even chop firewood if you've lost your axe.

Fans of the individual heroes will have plenty of amusing beats to look forward to. After the bone crunching vulnerability of Daredevil over on Netflix and Winter Soldier where the blows seemed to actually hurt in all of the action set pieces, much of the action here feels stakes-free. One big slow-mo climactic moment with ALL of the heroes and new characters in frame (that's a lot of people) obviously intends to be the movie's biggest money shot (a shout back to that circling camera in Times Square from the first team up?)  but it feels muddy and weightless, an abstract kaleidoscope of shifting colorful costumes rather than an actual brawl with fists, power blasts, kicks, and magical hammers.

Even master jugglers have their limits and Whedon starts dropping balls with this overstuffed movie. Now he's got twice as many characters as the original film and even more franchise sequels to prime in plot diversions (future Thor and Black Panther movies are the most ill-fitting skin-grafts and the next Avengers the easiest to imagine and most organic). There's so much of this that Ultron, who initially feels like the best villain Marvel Studios has ever come up with, begins to recede. He's far more threatening on his own when he looks like a junkyard than when he grows stronger and replicates. How could that happen? In the end his army of selves become suspiciously like body doubles for the anonymous alien villains at the end of The Avengers (2012) – computer-generated images for our heroes to easily rip apart in their world-saving duties.

This is a shame because with a tighter focus on Ultron and (even better) his counterpart sentient machine The Vision (Hello, Paul Bettany!), who is best left to discover in the movie, this spectacle could have been truly spectacular.