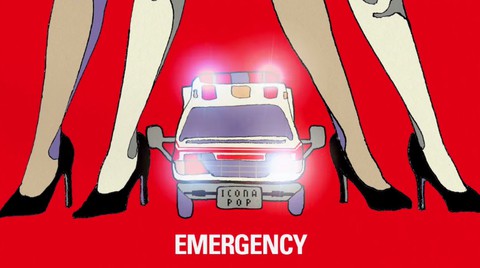 Swedish pop duo Icona Pop are back with an infectious new track perfect for your summer playlists. “Emergency” marks something of a departure for Caroline Hjelt and Aino Jawo as Rolling Stone notes:

“While “Emergency” invokes the same kind of breakneck delirium that made Icona Pop’s 2012 breakout hit “I Love It” a sudden, inescapable smash, the pair have swapped the relentless EDM thump for a big band-inspired groove.”

As for the blending of subject matter and beat?

Prepare yourselves for an emergency, AFTER THE JUMP…