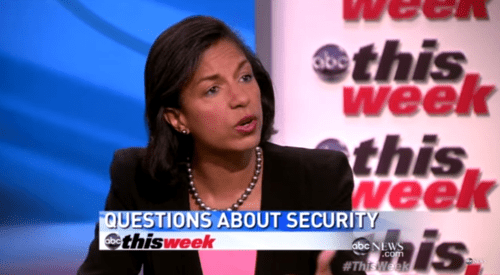 Said Jammeh in a speech last while while on a nationwide agricultural tour:

"If you do it [in The Gambia] I will slit your throat — if you are a man and want to marry another man in this country and we catch you, no one will ever set eyes on you again, and no white person can do anything about it.”

Said Rice in a statement: 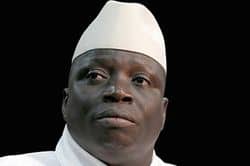 The recent unconscionable comments by Gambian President Yahya Jammeh underscore why we must continue to seek a world in which no one lives in fear of violence or persecution because of who they are or whom they love. We condemn his comments, and note these threats come amid an alarming deterioration of the broader human rights situation in The Gambia. We are deeply concerned about credible reports of torture, suspicious disappearances – including of two American citizens – and arbitrary detention at the government's hands.

In related news, today marks the International Day Against Homophobia and Transphobia (IDAHOT) and the White House has released a fact sheet on various U.S. governmental efforts over the years to address LGBT issues both domestic and abroad.

"Here at home, we are working to end bias-motivated violence, combat discrimination in the workplace, and address the specific needs of transgender persons," said President Obama in a statement. "Overseas, I am proud of the steps that the United States has taken to prioritize the protection and promotion of LGBT rights in our diplomacy and global outreach."