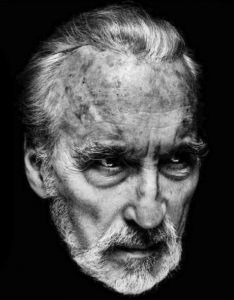 Sir Christoper Lee, perhaps best known for his villainous on-screen roles in Dracula, The Man With the Golden Gun, the Star Wars prequels, and the Lord of the Rings trilogy, has died at age 93.

According to media reports, Lee died on Sunday morning, June 7 at Westminster Hospital in London after being admitted for respiratory problems and heart failure. The Guardian reported that his wife, former Danish model and painter Gitte Kroencke, decided to release the news days later in order to inform family members first. The couple had been married since 1961.