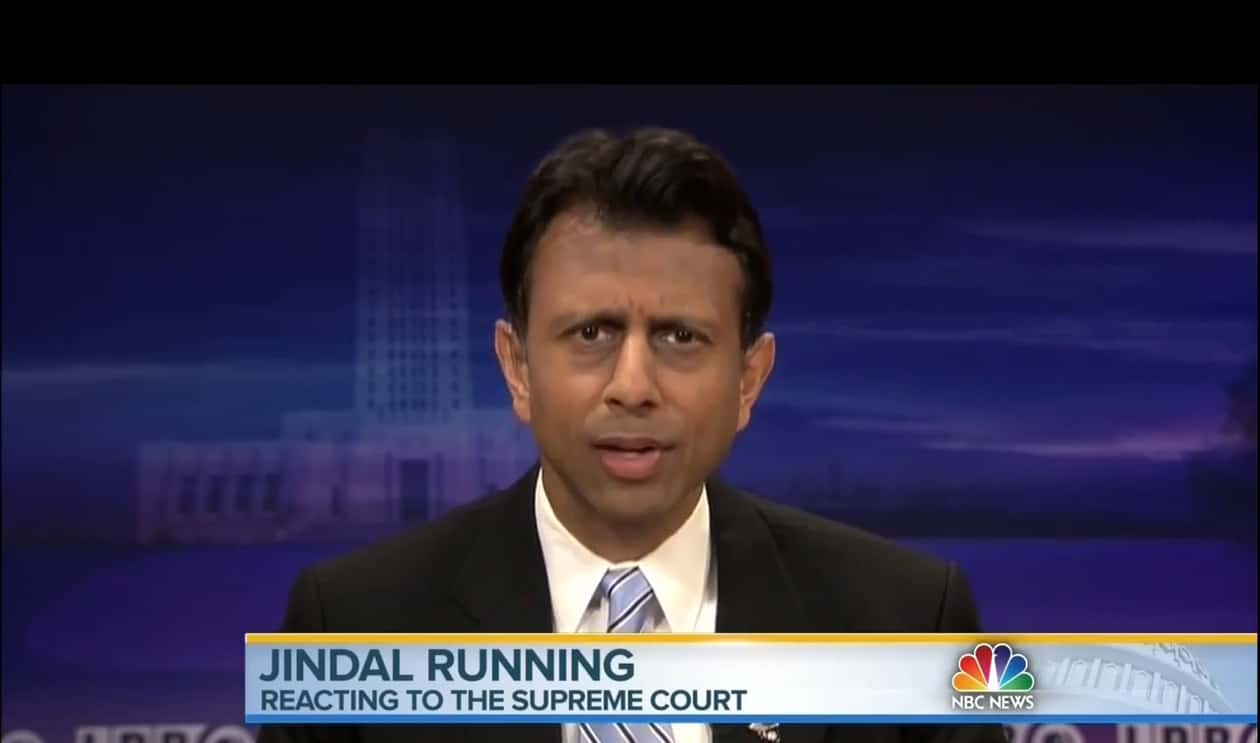 As Mediaite reports, the governor took umbrage to this comparison:

“…exactly three times, Jindal said he took offense at that line of questioning, saying “it’s offensive to equate evangelical Christians, Catholics, and others who view marriage as between a man and a woman” with racists.

He said gay marriage opponents still love their fellow man, they just have firmly-held beliefs that marriage should stay between a man and a woman.”