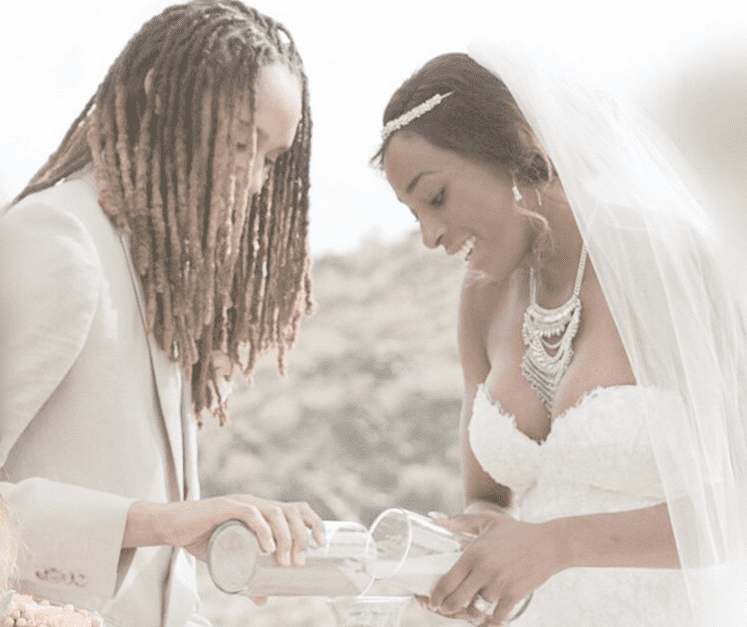 Johnson, who yesterday announced on Instagram she was pregnant, told TMZ Sports she was “blindsided” by Griner’s decision. Johnson will miss the 2015 WNBA season due to the pregnancy.

“Last Wednesday, Glory and I agreed to either legally separate, get divorced, or annul our marriage,” Griner said in a statement Friday. “I can confirm that today I filed for an annulment. In the week prior to the wedding, I attempted to postpone the wedding several times until I completed counseling, but I still went through with it. I now realize that was a mistake.”

Johnson and Griner’s wedding came less than a month after the two were arrested on suspicion of assault and disorderly conduct related to domestic violence at Griner’s Phoenix home.

Griner entered a diversion program, agreeing to plead guilty to disorderly conduct and attend 26 weeks of counseling. Once the Phoenix Mercury center completes the program, the charge will be wiped from her record. Johnson’s case was transferred to a jurisdiction without a diversion program, so her case is still pending. She must either fight the case in court or reach a plea agreement.

The WNBA investigated the altercation — listed by the police as “mutual combat” — and suspended both players seven games.

Earlier this week, Johnson was quoted as saying she was the victim in the altercation.

Previous Post: « Bill Maher: The Duggars Are the ‘Biggest Freaks in the World’ – VIDEO
Next Post: Duggar Sisters Molested By Josh Speak Out, Defend Brother: VIDEO »