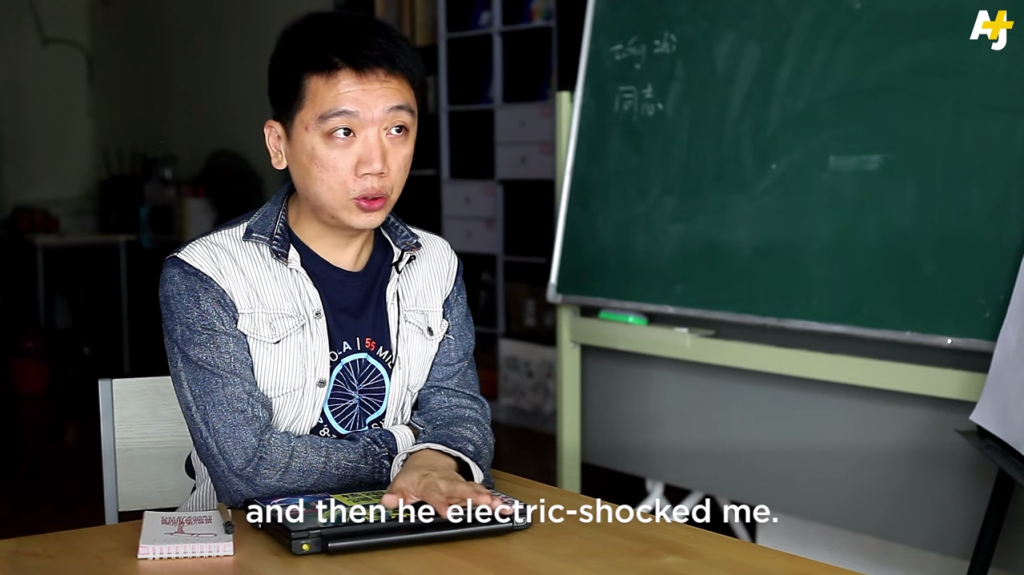 While so-called conversion therapy remains prevalent in China, one man, Yanzi Peng, recently brought unprecedented litigation against the local clinic that hypnotized him and gave him electroshock therapy…and he won a surprising legal victory.

This 8-minute short documentary (produced by Al Jazeera’s San Francisco based digital channel, AJ+) follows Peng’s legal journey and his work with activists to correct misconceptions among parents of gay and lesbian children that lead them to send their kids to these Chinese electroshock “conversion clinics.”

As Iron, the director of the Beijing LGBT center, says in the film, “We want to let people know that electroshock still exists, and that it hurts our LGBT community.”