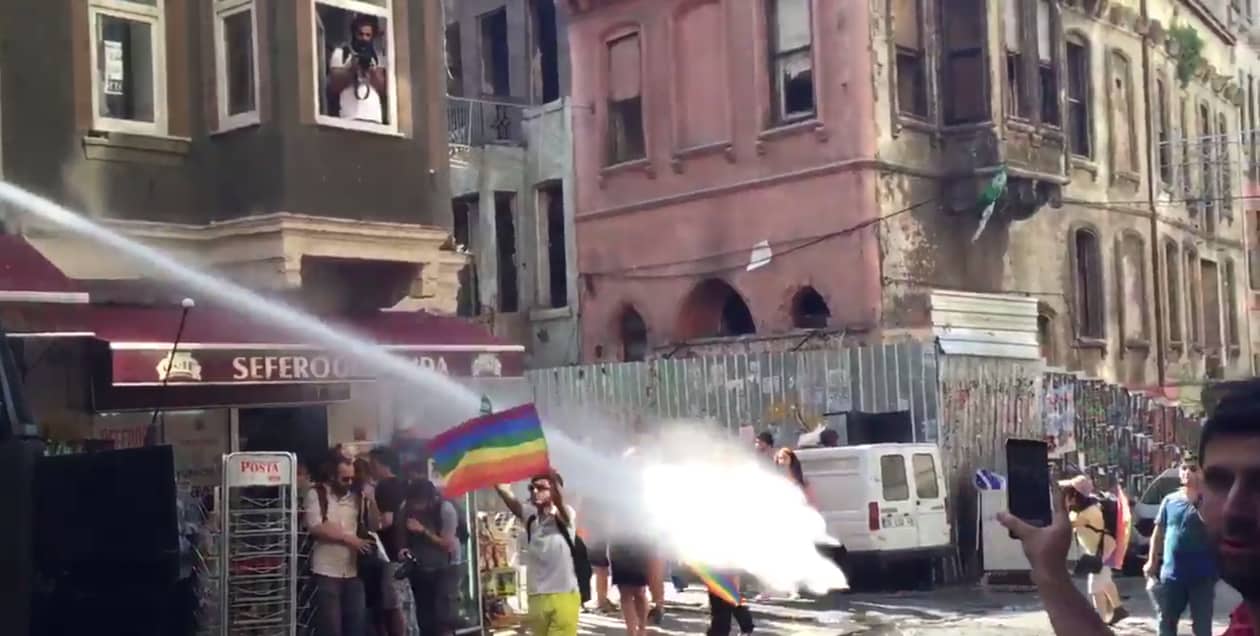 Police in Istanbul shut down the city’s annual Pride Parade on Sunday, using water cannons, tear gas and rubber bullets to clear marchers out of Taksim Square, where the city’s Pride parade is held annually, as both BuzzFeed and Mashable report. 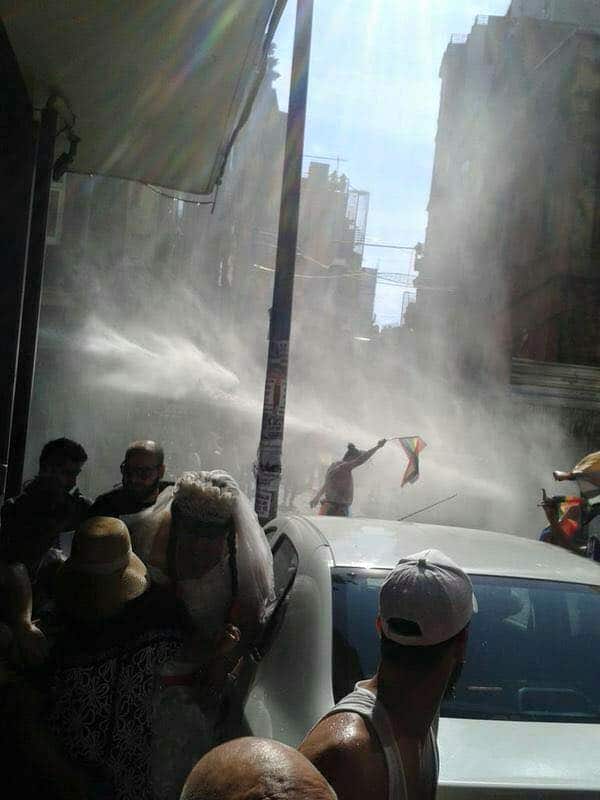 Local authorities announced at the last minute that the parade would be cancelled because it fell during the month of Ramadan.

The 13th Istanbul LGBTI Pride Parade scheduled to take place at 17:00 in Taksim has suddenly been banned by the Governorate using the month of Ramadan as the reasoning without any announcement.

Police is attacking tens of thousands of people with pepper spray, plastic bullets, and water cannon.

All entrances and exits to and from Taksim and Istiklal Street have been shut down.

We call on the Istanbul Governor Vasip Sahin to adhere to the Constitution of the Republic of Turkey, to immediately cease attacks and to make a public statement.

All Pride Parade participants are urged to remain in place and not leave Beyoglu until the walk could be started as planned.

People who believe in a free world but could not make it to Taksim, we invite you to make some noise with pots & pans or whateveryou find, whereever you are at 6pm.

WE ARE HERE, GET USED TO IT, WE ARE NOT LEAVING!

News of the police brutality also broke on Twitter, with parade participants documenting the attempt to shutdown the parade.

Despite the violence aimed at them by police, Pride marchers and organizers were defiant, continuing to march and in some cases marching on side streets off of the the main thoroughfare where they were scheduled to be.

WE ARE HERE, WE ARE NOT LEAVING, GET USED TO IT

#Pride, on stilts, gliding through Istanbul’s winding side streets despite the teargas and water cannons pic.twitter.com/SRnuauJgG8 — Lauren Bohn (@LaurenBohn) June 28, 2015

Lady Gaga also took to Twitter to criticize the brutality and call for peace:

Istanbul? Who are these “leaders”! Stop attacking innocent happy people who are celebrating this is madness! This is inhumane! — Lady Gaga (@ladygaga) June 28, 2015

Governor! Set an example for people to celebrate both Ramadan and Pride in PEACE, instead of dividing with violence! #OnurYuerueyuesue — Lady Gaga (@ladygaga) June 28, 2015

UPDATE: Images and video continue to pour in from Istanbul detailing the police brutality and the fierce resistance from LGBT Pride marchers. Check out the updates below: