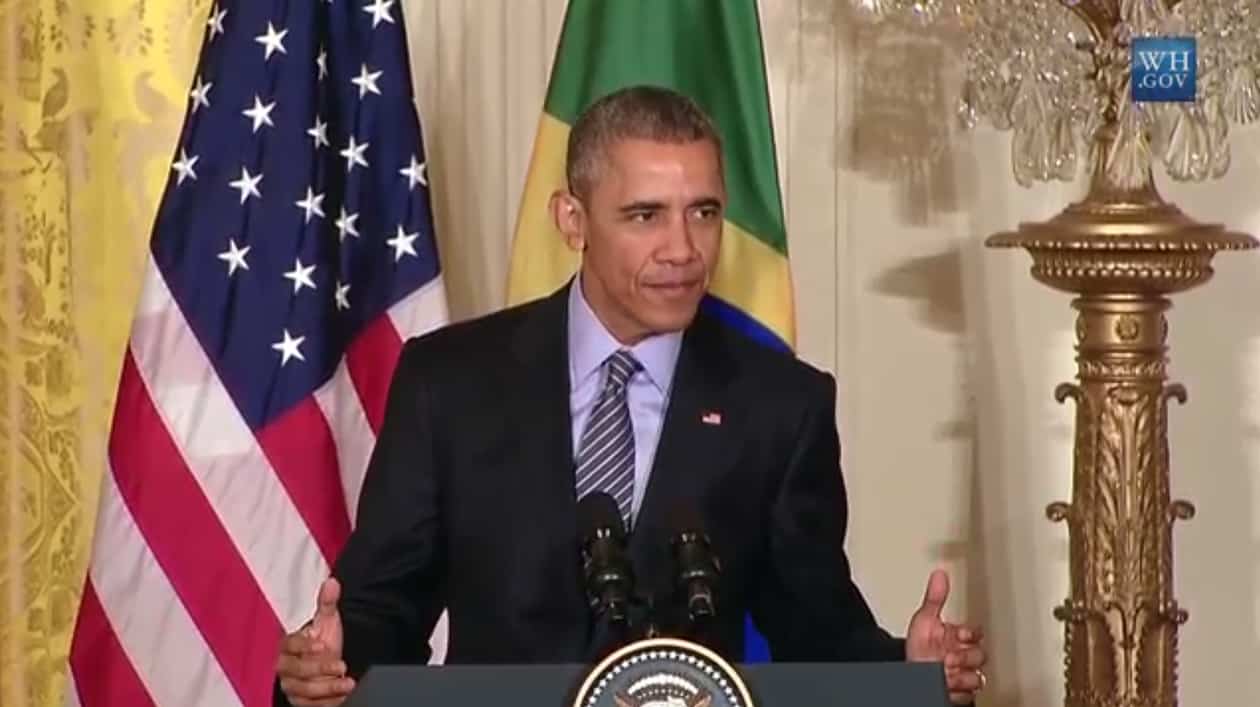 The President told reporters that seeing The White House lit up in rainbow colors was a “moment worth savoring”:

“I had a chance to do the rose garden celebration of the court decision around same-sex marriage. I did not have a chance to comment on how good the White House looked in rainbow colors. That made it a really good week. To see people gathered in the evening outside on a beautiful summer night, to feel whole, to feel accepted, to feel that they had a right to love–that was pretty cool. That was a good thing. That was a good thing. The only bad part about it was I couldn’t go out and peak at it myself because then I would have had to go out and clear all the people or Secret Service would have. So I could only reflect on it from a television screen. That’s a moment worth savoring.”

Politico adds that the lighting moment had been planned for a long time:

SPOTTED, at 4 a.m. Sat. at the White House: Jeff Tiller, 32, the White House director of specialty media (includes LGBT outreach) and former press-advance marvel, who had the inspired idea of bathing the North Portico (“The President’s Front Door”)  in rainbow lighting. The crowds were gone, sunrise was coming, and the lighting contractors who had installed the rainbow were long asleep. After spending the night at the White House in a lawn chair, Jeff climbed downstairs to the tradesman entrance to unplug the lights that he had conceived of months earlier.

Watch President Obama discuss his best week ever and the victory for equality below:

“To see people gathered in the evening…and to feel that they have the right to love—that was pretty cool.” —@POTUS http://t.co/tZA4PvPtQZ