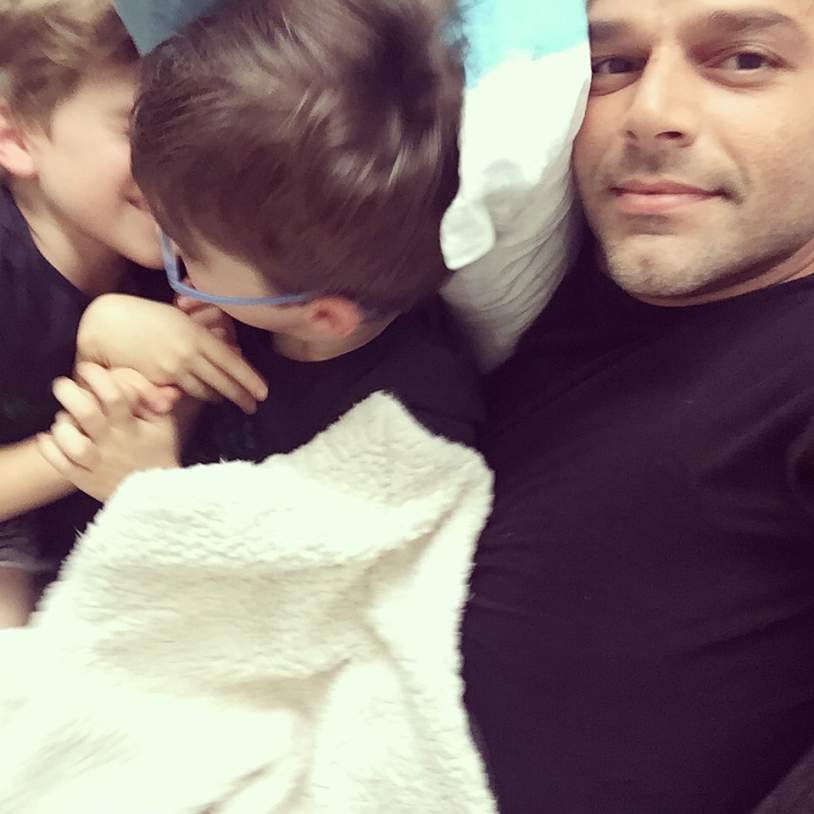 In an open letter published in TIME as part of the magazine’s ‘Letters From Dad’ series, out gay musician Ricky Martin tells his sons they inspired him to “live an honest life.”

Martin, who came out publicly in 2010, welcomed his twin sons Matteo and Valentino into his life in 2008.

For years, the one thing always clear in my heart was that I wanted to be a father. I dreamed of it often and found great strength and inspiration from the possibility.

When this dream became a reality, you can’t imagine the joy and emotions that filled me. I was anxiously awaiting your arrival, counting the days, the hours, the minutes until your birth. I must have read every book out there about parenting, preparing myself for your arrival. Then, finally, the first time I held you in my arms, the world stopped for me.

The most beautiful and indescribable feeling took over. I felt the purest form of love for the first time in my life. You were finally with me, and I knew I was the luckiest and happiest man in the world!

Above all, my beautiful sons, your love gave me the strength to live an honest life. A life of courage and transparency, which fills me with great pride and peace. What an amazing gift you have given me, and I’m forever thankful to you.

Martin concludes by imploring his sons to always be themselves:

If there is anything I want you to live with, aside from knowing that you are unconditionally loved and adored by me and our family and friends, it is that you can be YOURSELF. Don’t ever let anyone or anything make you feel like you can’t be your true self.