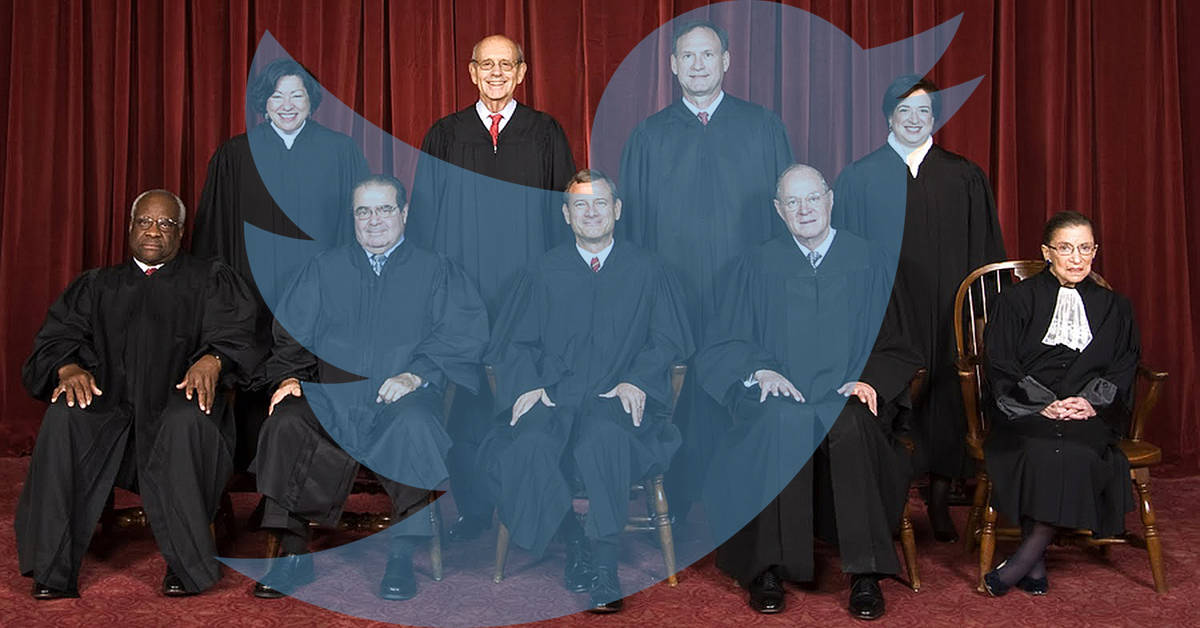 We’ll continue to update this post with reactions throughout the day.

Today is a big step in our march toward equality. Gay and lesbian couples now have the right to marry, just like anyone else. #LoveWins

"This ruling is a victory for America." —President Obama #LoveWins

This decision recognizes the fundamental truth that our love is all equal. Today is a great day for America. #LoveWins -mo

Huge day for America.. Happy to see the news. All the love

People are FREAKING OUT at the Stonewall Inn! Tears, hugs, laughter. pic.twitter.com/bC1RUfEDzk

The day has finally come when loving couples can get married regardless of their sexual orientation. Thank you to the five justices.

Proud to celebrate a historic victory for marriage equality—& the courage & determination of LGBT Americans who made it possible. -H

What a great day. Marriage Equality for all. How happy am I for all my GAY brothers and sisters. So happy.

#LoveWins Today is a huge step forward for our country, and my family. I'm so grateful and happy! #SCOTUSMarriage

YASSSSS! 🌈 #LoveWins! What a historic day in America

"The Constitution promises liberty to all within its reach." – Justice Kennedy #LoveWins #LoveisLove

SCOTUS has listened to those who have tenaciously fought for the rights of same-sex couples. Today we made history!!!

BREAKING: #SCOTUS has just announced that love is equal across the nation!!! #MarriageEquality #LoveAlwaysWins #Loveislove

Clarence Thomas's marriage to a white woman was once illegal but he wants to lecture others on legitimate marriages. pic.twitter.com/gZydSB1zAv

Today marks a victory for equality, perseverance and love.

“The people who are crazy enough to think they can change the world are the ones who do.”

Thank you Supreme Court for ruling in favor of love.

It's a new day. Thank you Supreme Court. Thank you Justice Kennedy. Your opinion is profound, in more ways than you may know. #huzzah

More work 2 do but no matter how long it takes,in the end, Love will always prevail.Bravo #SCOTUS #NOH8 #ChooseLove👏🏿 http://t.co/B2tGrh0Fjg

All marriages at their root are about love. In America, our laws now recognize that simple truth. #LoveWins today & we couldn't be prouder.

What a day to celebrate! Today also happens to be my parents' 39th wedding anniversary! Congrats to all who celebrate #love. #LoveWins

This could be the best pride month ever! Thank you to the selfless individuals that made today possible. #MarriageEquaility #history

Very big day. Couldn't be happier about what this means for so many of our friends. Love is love!

Marriage equality in all 50 states! Congratulations America! Brimming with pride…🇺🇸

Love conquers all! #SameSexMarriage finally legal in all 50 States! I'm so happy for the #LGBTCommunity! Thank you #SCOTUS #LoveIsInTheAir

Congratulations to all who can live their lives they way they choose! Proud day! @AthleteAlly

WITH LIBERTY AND JUSTICE FOR ALL ! #gaymarriage #LoveWins #SCOTUS #KaliefBrowder

I'm sitting here crying and I don't even have a wonderful woman to marry. Yet. But so SO happy for everyone! And proud of the USA #Equality

NEVER AGAIN will it be referred to as "gay marriage". It's now called "marriage." #SCOTUSMarriage

#MarriageEquality for all. In honor of this historic event, here's a celebratory video from @ScottIcenogle & me. https://t.co/P5pcm2KNAe

#MarriageEquaility!!!! A giant step towards our country being a better place to be!

Today the Supreme Court fulfilled the words engraved upon its building: ‘Equal justice under law.’

So grateful to the people of MD for leading the way on this important issue of human dignity and equality under the law. #MarriageEquaility

WE HAVE MARRIAGE EQUALITY IN THE UNITED STATES OF AMERICA!