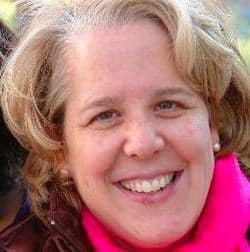 Kaplan, who represented plaintiffs in a Mississippi same-sex marriage case, made the declaration after the U.S. 5th Circuit Court of Appeals ordered district judges in Louisiana, Mississippi and Texas to quickly resolve the cases in accordance with the U.S. Supreme Court’s ruling last week.

“Obergefell, in both its Fourteenth and First Amendment iterations, is the law of the land and, consequently, the law of this circuit and should not be taken lightly by actors within the jurisdiction of this court,” Judge Jerry Smith (above, middle) wrote for a three-judge panel of the 5th Circuit Court.The panel heard oral arguments in the cases in January, but opted not to rule before the U.S. Supreme Court settled the issue in Obergefell v. Hodges on Friday. Now, the panel has given district judges in the three states until July 17 to issue final rulings in the cases.
From The Dallas Morning News:

People seeking legalization of same-sex marriage had won cases at the district level in Mississippi and Texas but lost in Louisiana. Public officials in all three states had opposed any change, but had conceded in letters to the court in recent days that the proper course was to conclude the cases with final orders from the district judges legalizing same-sex marriage. The 5th Circuit dissolved its stay blocking lower court orders in Mississippi and Texas.

The court told U.S. District Judge Martin Feldman in Louisiana that he should act especially quickly, because one of the plaintiffs there, Robert Welles, is in declining health. However, Louisiana Gov. Bobby Jindal issued a statement saying state agencies will wait for Feldman’s ruling. From The Times-Picayune: 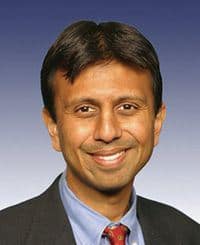 “Our agencies will follow the Louisiana Constitution until the District Court orders us otherwise,” the governor’s statement read.

The order says Feldman could act sooner, noting that one of the plaintiffs in the case, Robert Welles, is in declining health and has been unable to get a marriage license in his home parish in New Orleans.

As of Wednesday afternoon, same-sex couples can get a marriage license in any parish in the state, though residents in Orleans Parish will have to travel to the 2nd City Court in Algiers because the state office that issues licenses in downtown New Orleans has turned away couples.

The 5th Circuit panel also included in its orders a lengthy passage from Obergefell about protecting the religious liberties of those who oppose same-sex marriage:

“We express no view on how controversies involving the intersection of these rights should be resolved,” Smith wrote. “But instead leave that to the robust operation of our system of laws and the good faith of those who are impacted by them.”

Read the 5th Circuit’s order in the Texas case below.