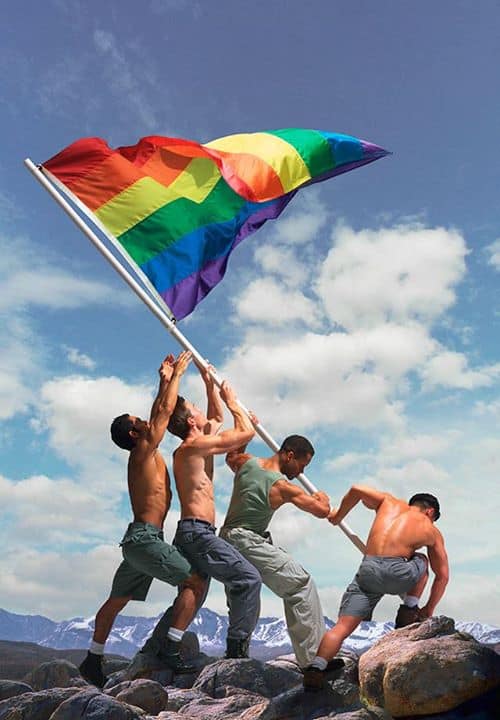 A photo alluding to an iconic image from World War II meant to depict the struggle for gay rights has stirred controversy online.

The picture (above) was take taken ten years ago by photographer Ed Freeman for the cover of Frontiers Magazine. It alludes to the now iconic image (below) of US Marines raising the American flag at Iwo Jima during a battle that saw 6,821 servicemen lose their lives. 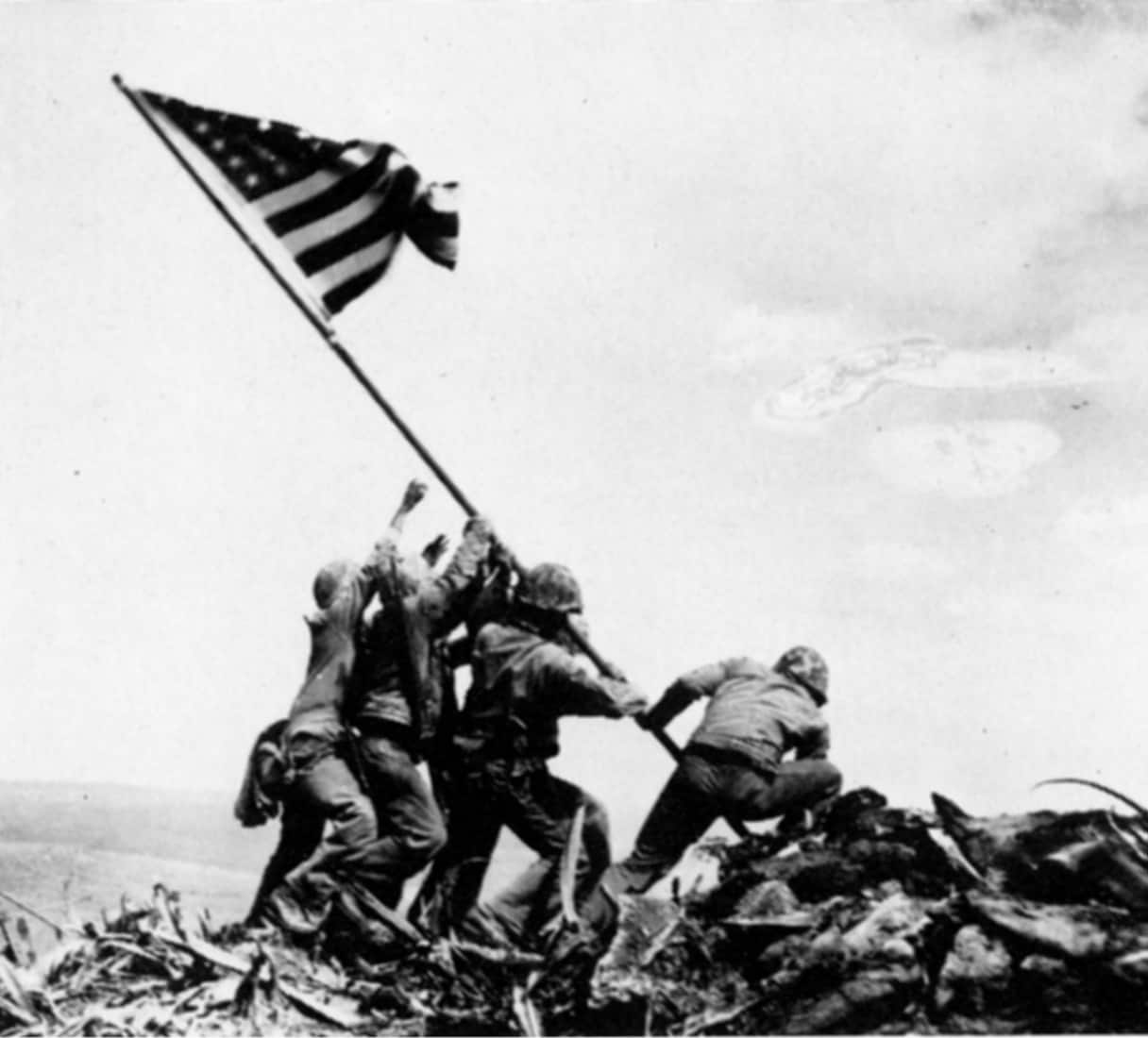 The original photograph also became the inspiration for the Marine Corps War Memorial at Arlington Cemetery. Freeman’s photograph found a new life after Friday’s ruling from the Supreme Court on same-sex marriage. The image circulated on social media and Freeman himself even re-posted it, weighing in on the image’s significance:

When I took this picture almost ten years ago, it never, never occurred to me that it would someday come to symbolize the victory we are celebrating today. Congratulations to all of us! Love to you all.

Since the photo began to circulate, however, Freeman has received many hateful reactions on Twitter and Facebook suggesting that the image is disrespectful. Freeman has also received a death threat, as The Washington Post reports:

“He said if he ever saw me, he’d kill me,” Freeman said in a phone interview. “I got swamped with vitriolic hate mail.”

Freeman reported the threat to the FBI.

The photographer insists that haters are misunderstanding what his intention was with the photograph:

Freeman, whose studio is in Los Angeles, said he never expected the backlash. The image, taken before social media was ubiquitous, was partially staged using models, and completed with Photoshop, he said.

“The principle complaint that people have is that I am equating the gay struggle with the contribution and sacrifice of American servicemen,” he said. “But there is no equal sign here. This is not meant as a sign of disrespect. For God sake, no. I totally support people in uniform. There is no comparison going on here. The comparison is going on in people’s heads, and they’re spoiling for a fight. They’re already on edge because of  the gay marriage decision.”

One silver lining from the story may be that one of Freeman’s critics has given him an idea for his next photo: