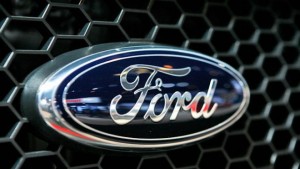 Thomas Banks, an Ypsilanti, Michigan man, has sued the Ford Motor Company and a job firm, claiming his 2014 firing was a violation of his religious freedom and civil rights.

In 2014, Banks publicly condemned Ford for their pro-gay policies, accusing the company in an internet comment of “endorsing and promoting sodomy.” Banks was fired for the comment.

His suit seeks an unspecified amount for loss of wages, mental anguish, emotional distress, humiliation, shame and anxiety. Speaking with the Detroit Free Press, spokespeople for Ford said they have not yet seen the complaint, so are “not in a position to comment on it.” Rapid Global Business Solutions, the job firm being sued by Banks, also said they have not yet seen the lawsuit.

Previously, in January of this year, Banks brought a complaint against the two companies via nonprofit organization Liberty Institute, alleging religious discrimination. On April 13, the EEOC notified Banks of their decision not to pursue his complaint.

Previous Post: « The Horrifying Egg Master Will Remind You of Something: WATCH
Next Post: Texas County Clerk Puts Off Issuing Same-Sex Marriage Licenses Until She Can Retire »