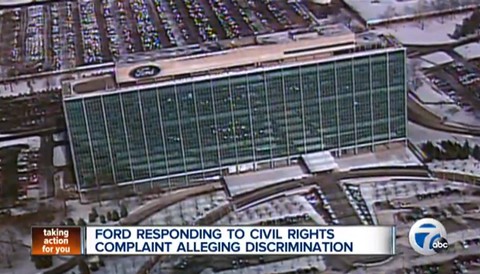 A Michigan man recently employed as a contractor for the Ford Motor Company has filed a complaint with the Equal Employment Opportunity Commission, saying he was fired because of his religious beliefs.

The firing came after Thomas Banks received a newsletter from Ford which discussed the company's LGBT-inclusive policies as well as GLOBE, a support group for LGBT employees of the car maker.

Banks's response to the newsletter, which he left as a comment in the feedback section, got him fired for violating Ford's anti-harassment policies.

"For this Ford Motor should be thoroughly ashamed. Endorsing and promoting sodomy is of benefit to no one. This topic is disruptive to the workplace and is an assault on Christians and morality, as well as antithetical to our design and our survival. Immoral sexual conduct should not be a topic for an automotive manufacturer to endorse or promote. And yes-this is historic-but not in a good way. Never in the history of mankind has a culture survived that promotes sodomy. Heterosexual behavior creates life- homosexual behavior leads to death."

Ford has responded with a statement:

“We have not yet seen the complaint, however, we believe this matter ultimately is between the individual and their agency employer.  Ford’s anti-harassment policy was created to foster a respectful, inclusive work environment for all, and we expect employees and agency personnel to act in accordance with this policy.”

As has RGBSI, which employed Banks as a contractor to Ford:

“RGBSI is an equal opportunity employer that supports an inclusive work environment and respects the rights of all individuals.  We have no comment as to the particular facts of this case since this is a pending legal matter.”

Watch WXYZ Detroit's report on the firing, AFTER THE JUMP…