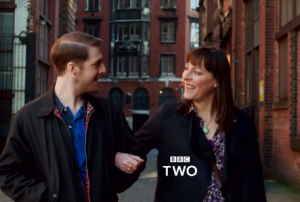 BBC2 released a trailer last week for its first ever trans sitcom Boy Meets Girl that stars a transgender actor in the lead role. The comedy follows a simple premise featuring a young man named Leo, who was recently fired from his job, running into a trans woman named Judy on the street who he later enters a relationship with. 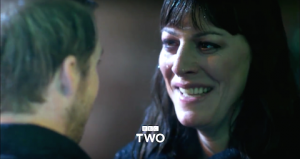 The Guardian reports lead trans actor Rebecca Root won the role of Judy after winning the Trans Comedy Award, a talent search conducted on the behalf of the BBC’s Writer’s Room project. Root is also a stand-up comedian and voice coach, teaching transgender people to help find voices that they feel fits their gender.

Watch Leo and Judy navigate their relationship, and their families, in the funny yet touching trailer for Boy Meets Girl below: