> Actor Falk Hentschel cast as Hawkman on The Flash, Arrow and DC’s Legends of Tomorrow.

> Archaeologists discover the entrance to biblical city of Gath.

> Henry Cavill stands on a couch.

> Steven Tyler has a burning question for Lenny Kravitz.

> Astronomers discover what appears to be the largest feature in the observable universe–a ring of nine gamma ray bursts (read: galaxies) 5 billion light years across.

> Beanie Babies unveil special Cecil the Lion plushie. 100% of proceeds are being donated to the Wildlife Conservation Research Unit.

> Gay priest fired from Seton Hall University for his work to end anti-gay bullying has a new job.

> Jeb Bush: “I’m not sure we need half a billion dollars in funding for women’s health programs.” 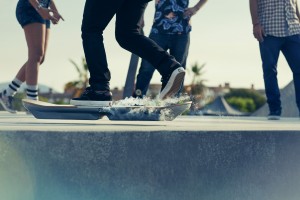 > Clay Aiken on Donald Trump: “I kind of hope he decides to stick with it and maybe give people another option outside of the Republicans and Democrats.”

> Lexus has a hover board that reportedly works.