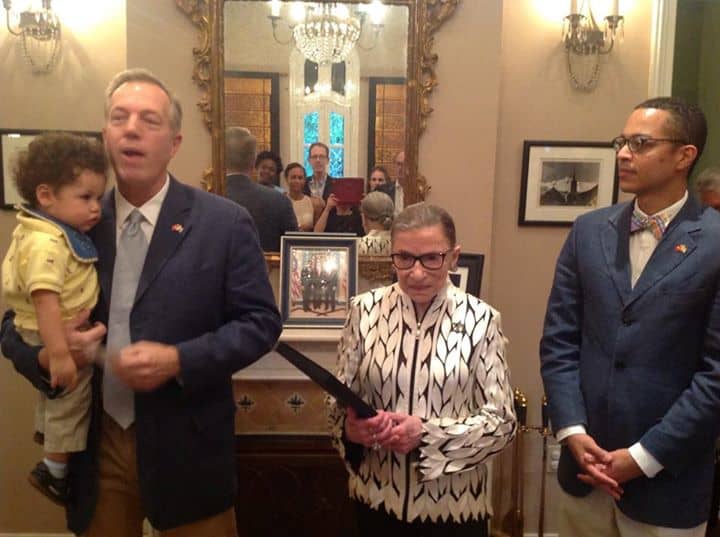 Ginsburg performed the ceremony at the couple’s residence in Hanoi, Vietnam, telling the couple that “officiating over the renewal of [their] vows was ‘a joy.’”

Osius told the Washington Blade that Ginsburg officiated the wedding of gay friends of his and his husband, Clayton Bond. The two men nevertheless did not know Ginsburg until she arrived in Vietnam earlier this month on a trip sponsored by the State Department’s U.S. Speaker Program where she met with Vietnamese Prime Minister Nguyen Tan Dung, Chief Justice of the Supreme People’s Court Truong Hoa Binh and other senior officials from the Southeast Asian country.

Ginsburg accepted the couple’s invitation to stay at their home in Hanoi while she was in the Vietnamese capital. Osius said a colleague suggested that he and Bond ask Ginsburg to renew their vows.

“We thought it might be meaningful not only to us, but to the LGBT community in Vietnam,” Osius told the Blade.

The couple reportedly used the same vows from their 2006 wedding in Canada. On hand at the ceremony were many young Vietnamese LGBT activists.

Check out pictures from the ceremony, via Osius’ Facebook, below: 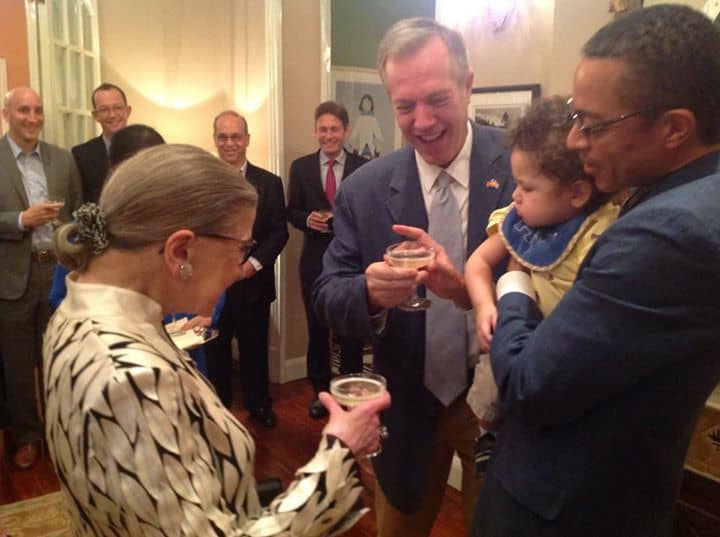 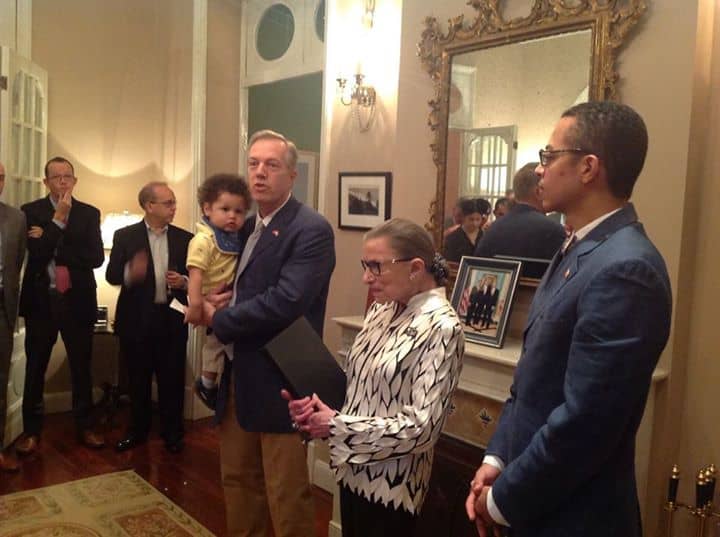 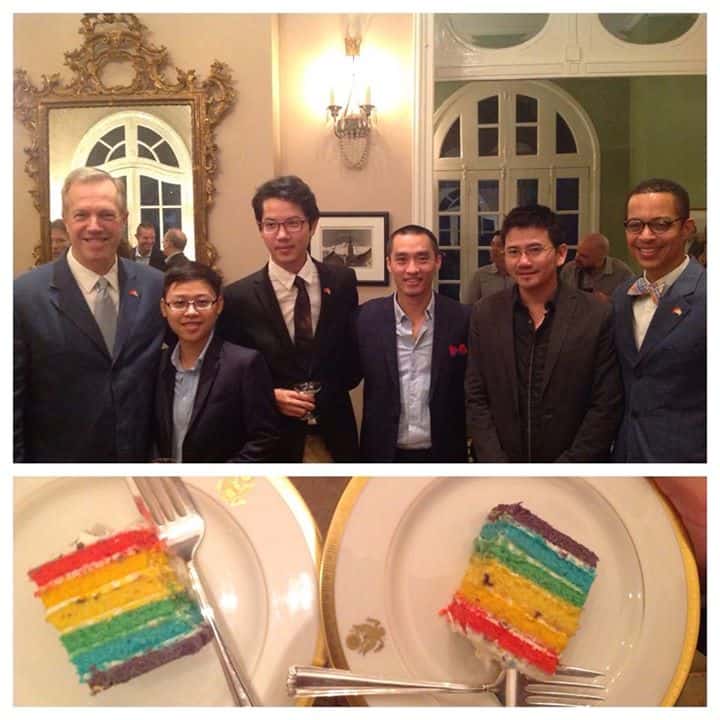 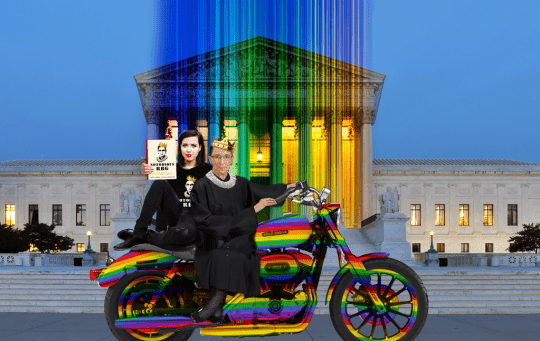