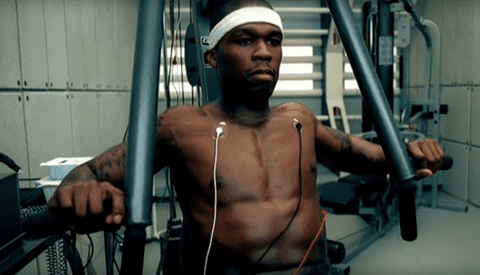 Rapper 50 Cent has suggested that season 2 of Empire has seen a fall in its ratings because of an expanded focus on “gay stuff.”

50 Cent regrammed a picture on Instagram of the Empire cast that had the following caption: “‘There are 3 million less viewers who tuned into last night’s Empire episode!!!! did you watch it? We could not take the extra gay stuff or celebrity stuff last night!!!!’” 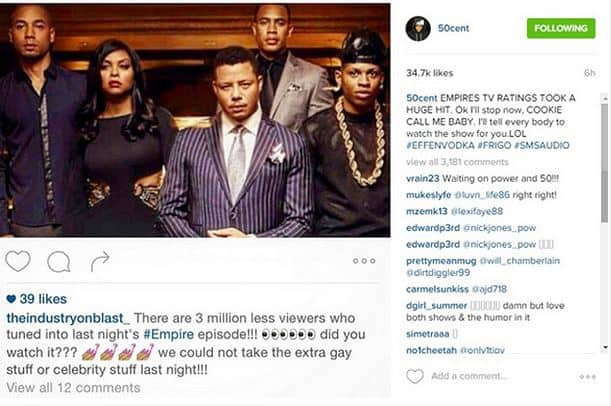 50 Cent has long been a critic of the show, mostly because he has a rival one called Power.

He previously called Empire “some sh*t you get for free,” as opposed to his premium cable show which is “worth paying for.”

After criticism rained in following the Instagram debacle, 50 added, according to BET: “Empire’s ratings took a huge hit. Okay I’ll stop now. Cookie call me baby. I’ll tell every body to watch the show for you.”

“@KiaSoFlawless: @TherealTaraji how do you feel about what 50cent said about you and Terrance Howard?”<~ I pay attention to $'s NOT cents?✌️

Previous Post: « Ellen Page: ‘I Acutely Remember the Pain I Was In Before I Was Out’ — WATCH
Next Post: The Force is With Campbell’s Soup’s New Ad Featuring Real-Life Gay Dads and Son: WATCH »