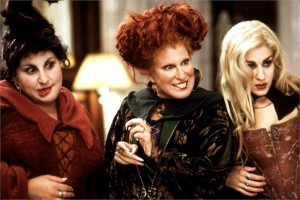 LIP SYNC FOR YOUR LIFE: Queen Bey and Magic Mike are set to hit the Lip Sync Battle stage: “According to Entertainment Weekly, Beyoncé is scheduled to go up against Channing Tatum. However, some people are saying the two will be on the same team!”

MOVIES: Neighbors 2 has started filming, and Zac Efron looks as fit as ever.

POLE: Demi Lovato got upstaged by a well-endowed dancer performing at gay club in NYC. 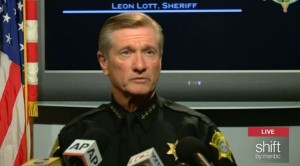 POLICE STATE: Sheriff Leon Lott weighs in on viral video showing his brutally assault a black teenage student: “When asked by a reporter if race was a factor in the arrest by Fields, who is white, of the student, who is Black, Lott responded, ‘I don’t know… this deputy has been dating an African American female for some time.'”

NATURE: 10,000 year old cave lion cubs found almost perfectly preserved in Siberia: “The cave lions – Panthera spelaea (Goldfuss) – lived during Middle and Late Pleistocene times on the Eurasian continent, from the British Isles to Chukotka in the extreme east of Russia, and they also roamed Alaska and northwestern Canada. The extinct creatures were close relatives of modern Afro-Asiatic lion. Finds of  their remains are rare: today’s announcement about the existence of the pair is coupled with the confident claim that they are best preserved ever unearthed in the world.”

SHOTS FIRED: Hillary calls out misogynistic Republican hypocrisy: “And don’t you wonder—don’t you wonder? You know, for people who claim they hate big government, Republicans sure love using government to step in and make decisions for women about our bodies and our rights!”

MARS: NASA explores where humans could land on the red planet: “We’re holding the first Landing Sites/Exploration Zones Workshop for Human Missions to the Surface of Mars to figure it out. This first workshop will be held Oct. 27-30 at the Lunar and Planetary Institute in Houston. 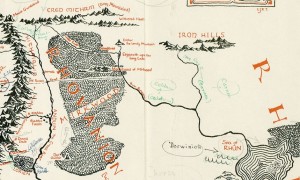 NERD ALERT: Recently discovered map of Middle Earth annotated by JRR Tolkien has tell-tale clues for LOTR fans: “The map was found loose in a copy of the acclaimed illustrator Pauline Baynes’ copy of The Lord of the Rings. Baynes had removed the map from another edition of the novel as she began work on her own colour Map of Middle-earth for Tolkien, which would go on to be published by Allen & Unwin in 1970. Tolkien himself had then copiously annotated it in green ink and pencil, with Baynes adding her own notes to the document while she worked. Blackwell’s, which is currently exhibiting the map in Oxford and selling it for £60,000, called it ‘an important document, and perhaps the finest piece of Tolkien ephemera to emerge in the last 20 years at least’.”

SPORTS: The field is damp at Kauffman Stadium in Kansas City as the Mets and Royals get ready to square off in game 1 of the World Series.

SAN FRANCISCO: Mayor Ed Lee says he’s open to allowing bathhouses to return to the city so long as it wouldn’t hinder the city’s Getting to Zero initiative that seeks to reduce HIV infections by 90% in the next 5 years: “The issue about bathhouses and so forth that is an item that blends entertainment along with safe sex, and I have got to have experts telling me that is something they wouldn’t have a problem with,” said Lee. “I would be open to it but I have got to have that kind of process.”

KING COBRA: Another sweaty and sexy photo from the set of James Franco’s gay murder movie.